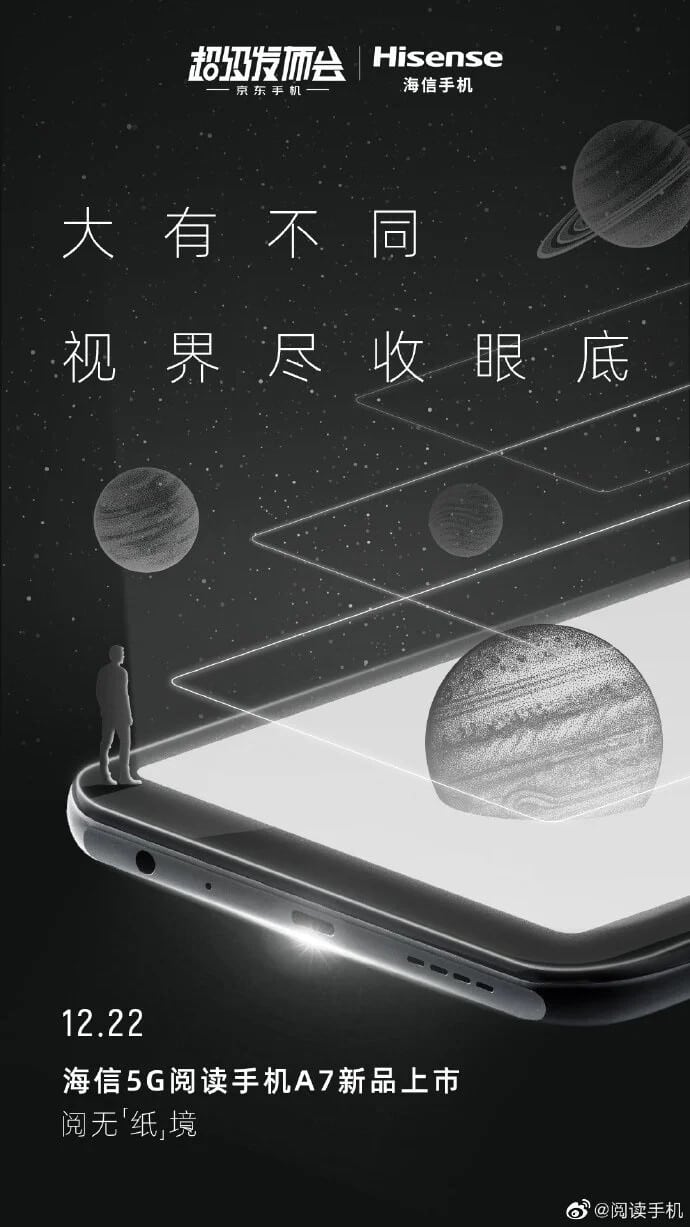 Hisense is going to be releasing a new E INK smartphone that will have 5G internet access. It will be marketed in China and other countries, similar to their other smartphones such as the Hisense A5, Hisense A5C and Pro CC. This will be the first B&W display to have 5G internet access, which is suitable for a daily driver. The poster above shows a little bit about the phone. You can see it has a 3.5mm headphone jack, speakers and a USB-C port.

Little is known about the phone right now. It is likely to employ the same 5.84 E INK Carta HD display that their other phones have employed. It will have two colors to choose from, black or white. The full specs and pricing should be known by December 22nd, which is their global launch date. Good e-Reader will be making this available on a worldwide basis and be reviewing it soon.