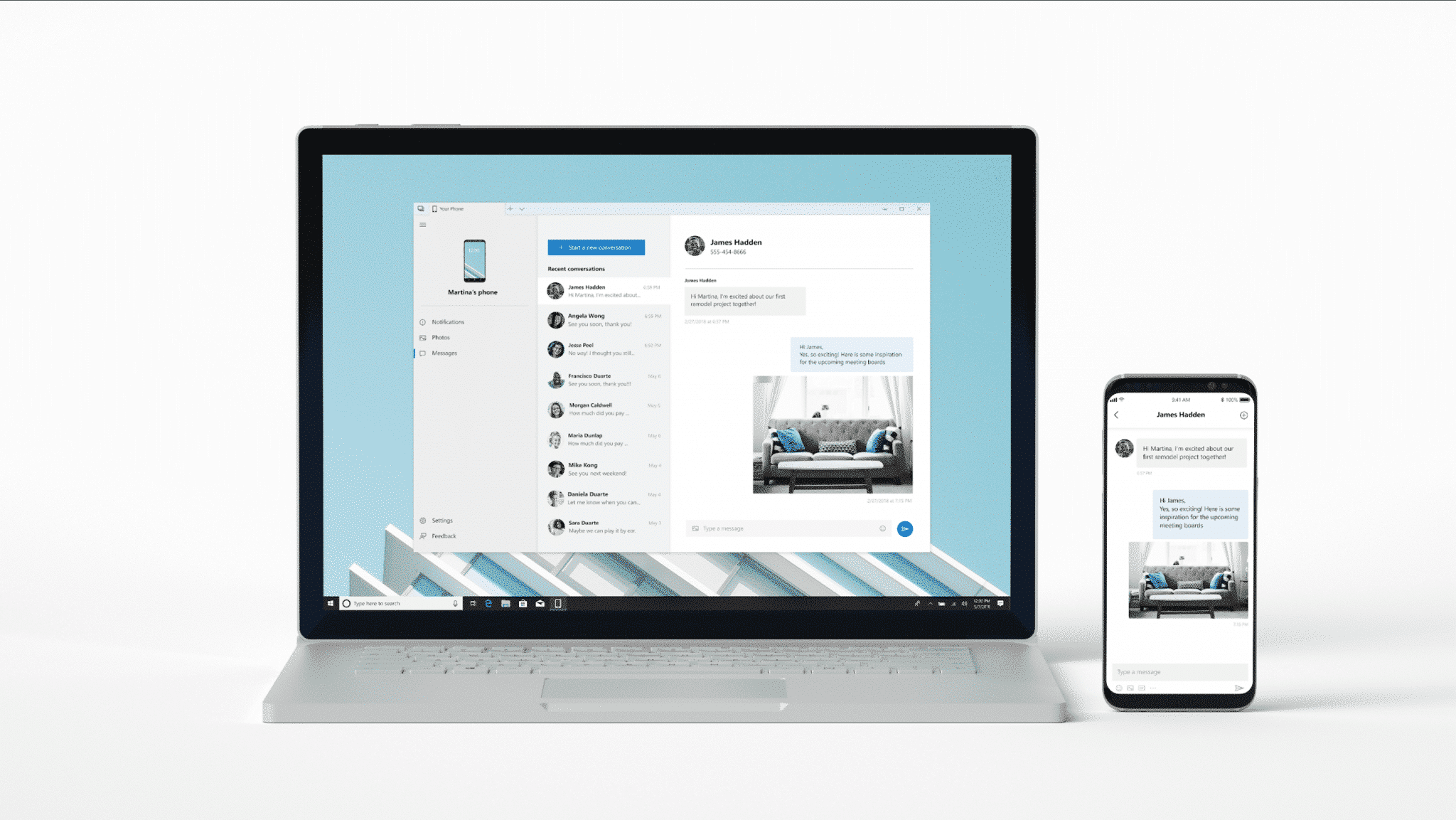 Microsoft is developing a new app called Your Phone for Windows 10 that will mirror whatever is on your Android phone or iPhone directly to your PC. This will allow you to access text messages, photos and other digital content.

The amount of functionality and features will vary depending on if your smartphone is running iOS and Android, but Microsoft can mirror far more Android phone features to a Windows 10 PC so you never have to physically pick up your device while you’re working on a PC.

Similar smartphone pairing options have been tried before. A key example is Apple’s Continuity, which lets iPhone owners make calls and texts from a Mac, and carry over work and Web browsing using compatible apps. It remains to be seen what type of access Microsoft will get since Apple’s sandboxing and API access policies are more restrictive than Android.

Microsoft has stated that the app will initially be available for people who belong to the Insiders Program. Microsoft wants to see what type of real world features people want before the app goes live I would love to see game play mirroring, where you can mirror whatever game is on your phone on your PC and capture the gameplay with OBS and stream it directly to Twitch or YouTube. It would also be interesting to listen to audiobooks or read ebooks with your favorite mobile app, while on your PC. This would be great for digital textbooks, so you can do everything within the same app.