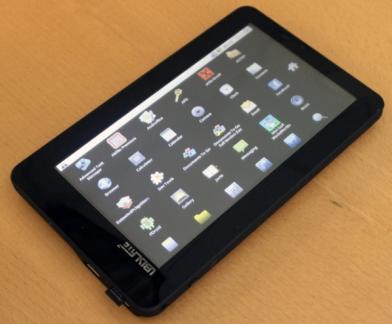 The advanced version of Aakash that has been named Aakash II will debut in May this year, confirmed Human Resource Development minister Kapil Sibal. The minister further stated the tablets are currently being tested based on the feedback received from students.

In a related development, IT major HCL has expressed interest in the bidding for the manufacture of Aakash II tablet devices if prices are feasible enough.

“Government has done a good job with Aakash as it has got a whole lot of people on tablet PCs. We would love to participate (in the tender) and we are looking at it if it is feasible”.

“The tender is yet to come out with the specifications… But if it comes to prices which are not feasible, we will exit graciously,” HCL Infosystems Executive VP and Head (Mobility) Gautam Advani told reporters here.

Aakash II will be powered by a more powerful 700 MHz Cortex A8 processor and will have a better 3200m AH battery that is touted to have a three hour battery backup time. Also featuring in the new tablet will be a 7 inch display capacitive touch screen for better operations. The best thing though is that prices has been kept the same in spite of all the improvements.