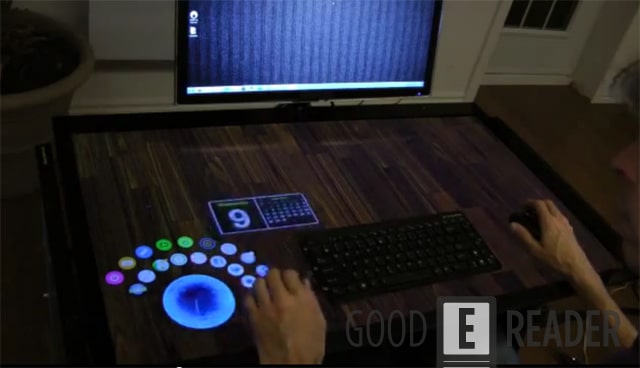 EXOPC the company behind a the EXOUI found on the companies famous Windows 7 tablet released earlier this year and the recently issued Skytex S-Series. They developed a fairly unique overlay to the traditional Windows 7 experience that made it touchscreen friendly. One of the cool aspects of it is that it has an app store and plenty of content indicative to touch. The company recently issued a new video that shows off the UI in a 40 inch interactive desk.

This new device runs on the Windows 7 operating system and will give you a chance to take interactivity to an entire new level. You can move widgets and access programs such as a touchscreen keyboard. It will be arriving in the second quarter of 2012 for $1299.00