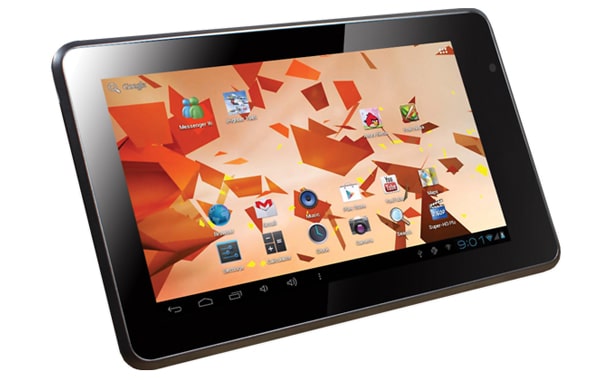 ICE X Electronics is the newest company to launch a budget tablet in India. Named ICE Xtreme, the tablet presents a 7 inch display with a rather low screen resolution of 800 x 480 pixels. The Android 4.0 ICS tablet is powered by an Allwinner A10 processor that can be clocked to 1.5 GHz, with a Mali 400 GPU as well to take care of graphic files. For RAM, the ICE Xtreme boasts of a 1 GB DDR 3 unit.

A nice feature with the ICE Xtreme tablet is its internal storage, which is quite generous at 8 GB of NAND and 8 GB of T-Flash memory. Then there is also the standard microSD card slot that will add another 32 GB of on-board storage.

For connectivity, the tablet is Wi-Fi enabled, though it can also connect to 3G networks via an USB dongle. Apart from a full sized USB port, the tablet also includes a mini USB port as well as a HDMI slot. However, the tablet lacks a camera at the rear and only includes a 2 megapixel unit at the front. As for the tablet’s price, the ICE Xtreme can be yours for just ₹6,999.

Meanwhile, the company has also provided us a peek at its future plans, including a wireless chargeable tablet named ICE Extreme II which would also have higher specification than the ICE Extreme.