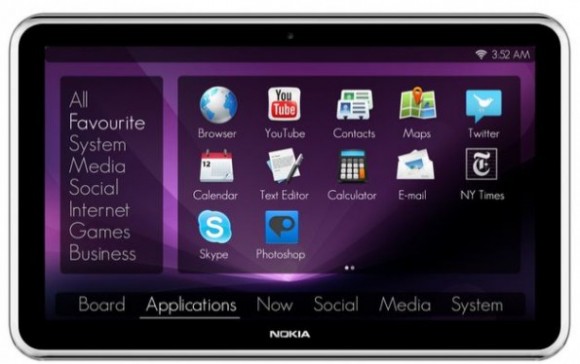 We already have come across rumors of Nokia working on a tablet device running the Windows 8 OS. Well, we’ve heard this before, though this time it is more credible what with Nokia’s commitment to the Windows platform, so that a Windows 8 powered tablet in the future does hold water.

If that isn’t enough, Nokia CEO Stephen Elop has also added some fuel to the rumor fire (though subtly) by saying: “The broader digital experience is coming into focus,” he said while also adding, “If you look at the overall Microsoft strategy, you see the consistency of user experience… across PCs, tablets and phones. And for the operators, I suspect they see an opportunity to participate in a larger play when a consumer walks through their doors.”

Nokia has so far not come up with a tablet device of its own, though it’s too big a name to not have a tablet in its product lineup. As such, we do hope the rumors are proven right this time around and the upcoming MCW event is perfect for unveiling the device. It is high time that we get to see a tablet from Nokia.

Other big names that have already made it known they intend to build a tablet running Windows 8 include Dell, Acer, and Lenovo.