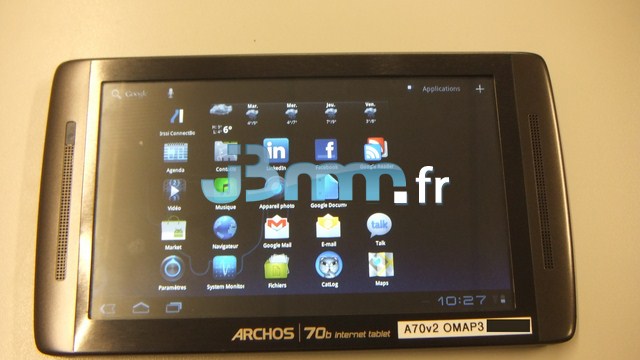 Archos had launched the 7 inch Gen8 tablet in 2010, and the company has now come up with an upgrade. However, the upgrade package does not include the processor, as the Texas Instrument OMAP3 processor has been left intact, though a dual core unit would have made things a lot more breezy here.

So what does the upgrade add to the experience? Additional RAM strength which has been upped from the present 256 MB to 512 MB, which is always welcome. Similarly with the increase in screen resolution, which has been raised from the quite sedate 800 x 400 pixels to a much better 1024 x 600 pixels. The operating system has also been upgraded from the existing Android 2.2 Froyo to Google Android 3.2 Honeycomb. There will also be an additional 8 GB storage space added to the tablet in the upgraded version.

The tablet will be available starting at $199, according to jBmm fr, with the dates of the launch being in the later part of 2011 or early 2012. So there you have it, the Kindle Fire and the PlayBook have one more competitor.