You are here: Home / Smart Phones / Will you buy the new Samsung Note 9 to take digital notes? 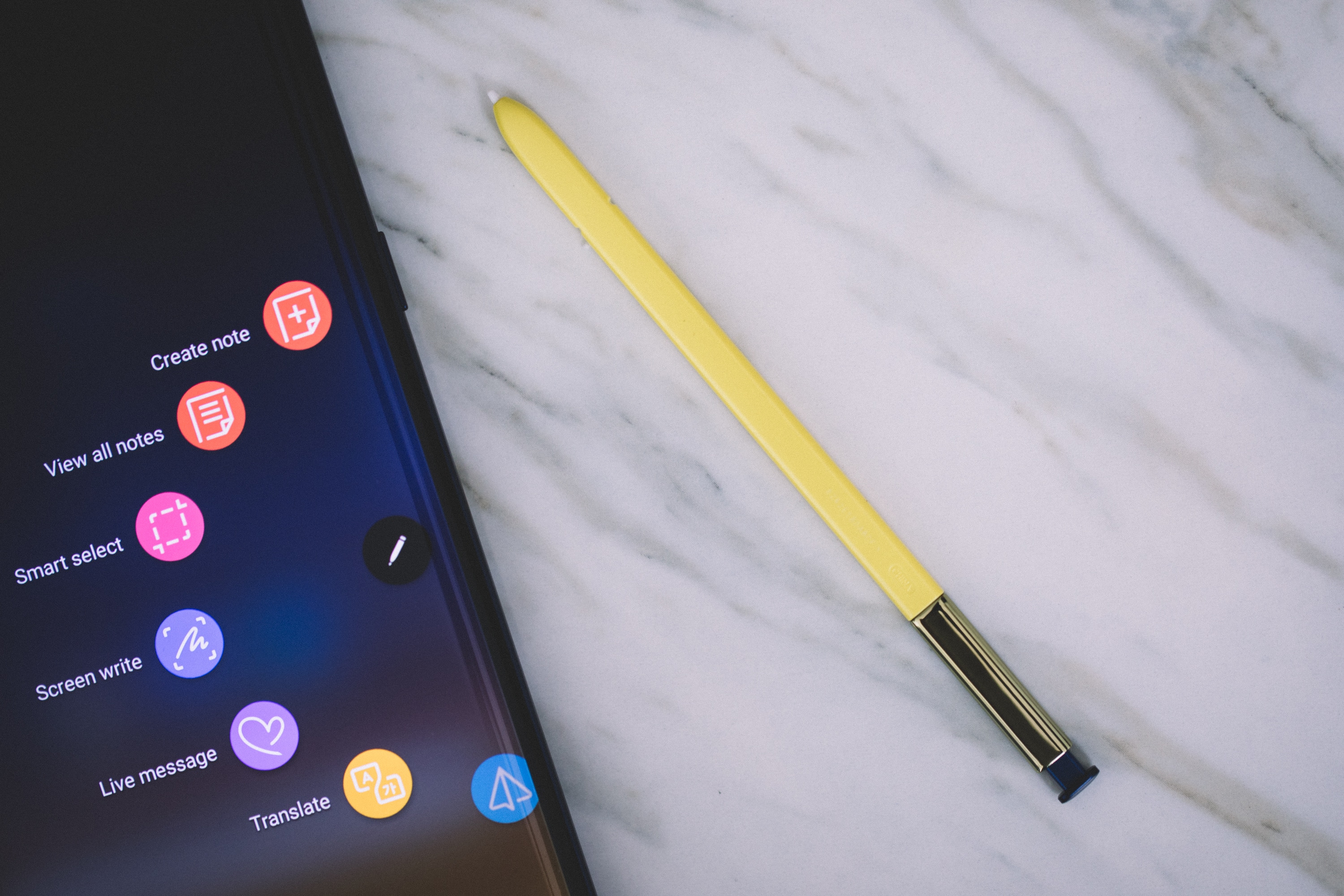 This week Samsung announced the Note 9 and it features an absolutely massive 6.4 inch display. One of the highlights is a new stylus called the S Pen. It will let users remotely control the phone’s camera and switch between slides in a presentation via Bluetooth. It is WACOM enabled and has been optimized for more accurate writing and drawing on the phone’s screen.

The Note 9 features a Super AMOLED display with a resolution of 2960 x 1440 with 514 PPI. Underneath the hood is the latest generation Qualcomm Snapdragon 845 processor, your choice of 6GB and 128GB of storage or 8GB of RAM and 512GB of storage and a 512GB microSD card slot. The 8GB model is probably a little overkill for most people, but Samsung says gamers will fall in love with it. You will be able to use this device all day long with the 4,000 mAh battery.

The Note 9, which comes in multiple hues including blue and purple in the U.S and black and copper internationally, sports an upgraded version of Samsung’s DeX system. This feature lets users connect their device to a computer display using a separate accessory, essentially turning the smartphone into a full-featured desktop with apps. The Note 9 is designed to encourage adoption of the feature by allowing users to connect the phone to a monitor via an HDMI cable, bypassing the need to buy a separate docking station.The Note 9 will start at US$999.99 and max out at US$1,249.99 — becoming, at about $100 above the iPhone X’s upper limit, one of the world’s most expensive consumer phones.

Will you buy the Samsung Note 9 to take digital notes? It is the type of device that doubles as a smartphone, so it will always be in your pocket. On the flipside, you will get around a day or two of battery life, which pales in comparison to an e-paper display. You will pay serious money if you want to take notes, as the it is more expensive than the Sony Digital Paper, Remarkable, Onyx Boox Note or the Good e-Reader 13.3.