Foldable displays could soon be passe what with Samsung now showing what it has termed as a stretchable OLED display. Samsung showcased its latest innovation in display tech at the Global Tech Korea 2021 event where it had a 13-inch OLED panel to show off. As Android Central reported, what made the OLED panel special is that it has stretchable qualities at certain … END_OF_DOCUMENT_TOKEN_TO_BE_REPLACED 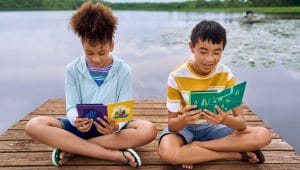 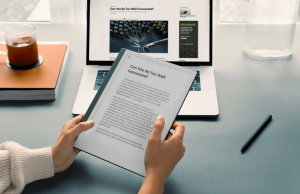 Remarkable has released two different E INK e-notes in the past couple of years. They primarily market it as a distraction free writing experience, providing some of the best tools and features in the market. They have built a reputation of a solid company that delivers, and both customers and business buy them for creative purposes. Remarkable is working on a secret … END_OF_DOCUMENT_TOKEN_TO_BE_REPLACED 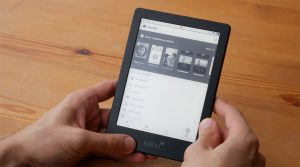 Tolino has just introduced a new firmware update 14.2.0 for their current and previous generation e-readers. This adds support for the Skoobe subscription book service right on the device, giving users the ability to browse their collection of digital content and read, without having to leave your Tolino e-reader. The new option is now placed in the main menu, centered around … END_OF_DOCUMENT_TOKEN_TO_BE_REPLACED 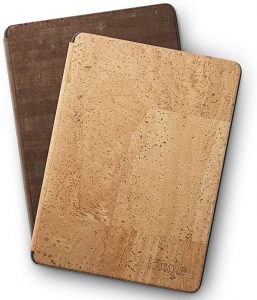 Amazon launched the all-new Kindle Paperwhite eReader series comprising of the base Paperwhite model and the premium Paperwhite Signature Edition. In between, there is the Paperwhite for Kids version too which basically is the same as the base Paperwhite but comes bundled with kid-friendly colorful cases. For the other two Kindle devices, cases have to be procured … END_OF_DOCUMENT_TOKEN_TO_BE_REPLACED 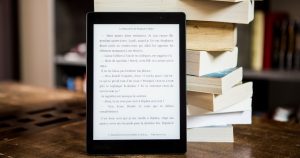 This past weekend Amazon accidently added entries for the upcoming the Kindle Paperwhite 5 and Kindle Paperwhite Signature Edition. These new devices were added to the product comparison chart to the Amazon Kindle Basic and Kindle Oasis product entries in Canada and Mexico. Good e-Reader broke the worldwide exclusive and many outlets picked up on it, such as CNN, CNET, … END_OF_DOCUMENT_TOKEN_TO_BE_REPLACED 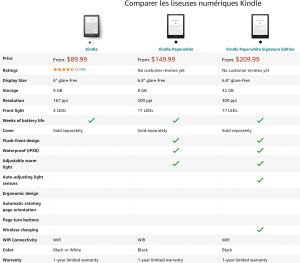 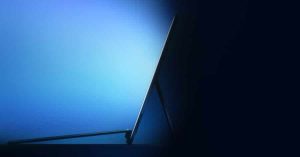 We have a grand Microsoft Surface event lined up on September 22. The company said they will be discussing Windows 11 and new devices but didn't spell out anything specific. However, sources point out there could be at least five new Surface devices launched during the event. That includes three Surface tablets or hybrids and the Surface Book 4, all of which are expected to … END_OF_DOCUMENT_TOKEN_TO_BE_REPLACED 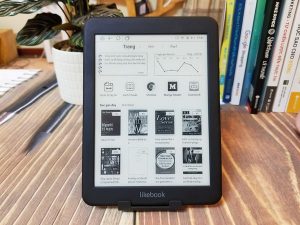 Whenever Boyue releases a new firmware update, it is always good news, because they only do it a few times a year. The e-reader company has just released 3.1.1 for the Likebook Mars and Likebook Mimas. It fixes a myriad of font and text improvements and also a number of bug fixes for Bluetooth keyboards. You can download the Mars file MEGA and the Mimas file from HERE. When you … END_OF_DOCUMENT_TOKEN_TO_BE_REPLACED 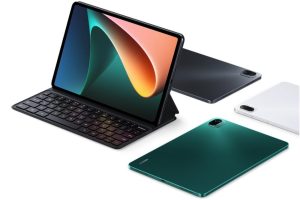 The Xiaomi Pad 5 has just been introduced in the European market. According to gsmarena, the tablet essentially is the rebranded version of its recently launched Mi Pad 5 4G though for reasons best known to Xiaomi, the more advanced versions of the tablet, the Mi Pad 5 Pro and the Mi Pad 5 Pro 5G isn't making it to the international markets, at least not for now.The Mi Pad … END_OF_DOCUMENT_TOKEN_TO_BE_REPLACED 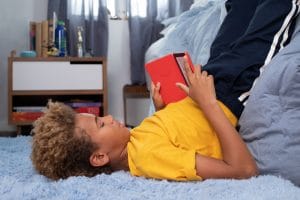 We've voiced our thoughts about how e-paper devices serve as the perfect gateway to start your children out with technology. They aren't as harmful to eyesight as mainstream tabs, they help save you a lot of money on traditional paper products and storage spaces, they are safer for the environment as fewer trees have to be sacrificed, and so much more. With the conversation … END_OF_DOCUMENT_TOKEN_TO_BE_REPLACED

Onyx Boox has just announced that the 13.3 inch Mira and 25 inch Mira Pro E INK monitors are now available for pre-order. These devices are designed for either a secondary display for your MAC or PC or a primary display. They come jam packed with all sorts of excellent refresh systems, which makes them ideal for programming, internet browsing or productivity.  The Mira is … END_OF_DOCUMENT_TOKEN_TO_BE_REPLACED