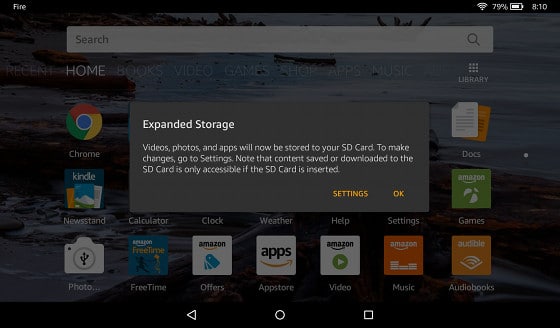 Amazon has been issuing a copious amount of firmware updates for their latest generation Fire tablets. Last week the company released the 5.1.2 update and it finally adds the ability to download and store audiobooks on your SD card.

The average audiobook is over 200 MB in size and they can get much larger. Fire tablets don’t really have a large amount of internal memory to begin with and it makes sense that Amazon would want to encourage customers to store them on their SD card.