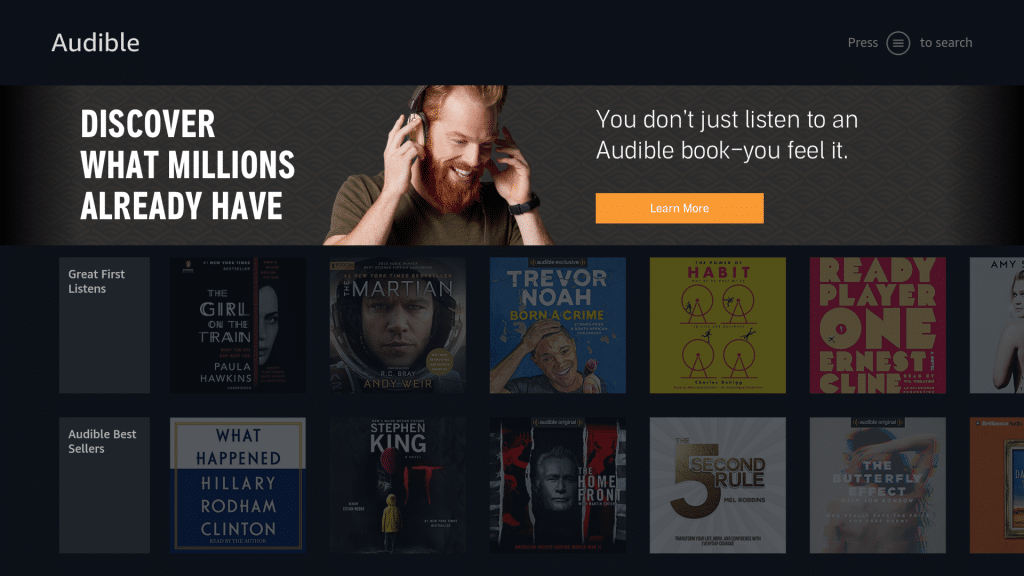 Amazon has just released an official Audible Audiobook app for the Fire TV and Fire TV Stick. This will allow users to access their existing digital catalog and make purchases. There are free samples for every title available and they can be listened directly within the app.

Audible for Fire TV includes 180,000+ best sellers, new releases sci-fi, romances, mysteries, classics, and more. New users can get a free 30 day trial, where they can access to one free title. Existing subscribers can import their entire audiobook collection within the Fire TV app or browse the store and use a credit to get an title they want.

Ever single the Fire TV first got released, users have been begging for an official Audible app. It is now available as a free download. Sometime in the next few weeks Amazon will be releasing two new Fire TV models.