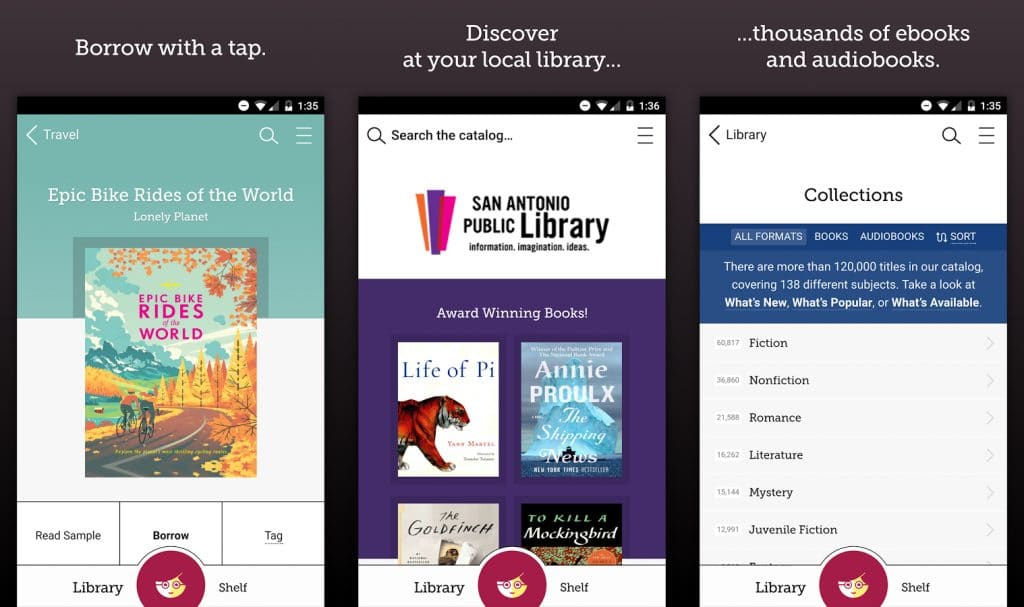 Millions of people borrow audiobooks and ebooks from the public library every year and one of the downsides is that you have to visit a branch in order to sign up for a card.  Overdrive is simplifying the process with their new Libby app, you will soon be able to register for one online.

Here is how the online signup process works; the app confirms a new patron’s residency and eligibility for a library card by checking the mobile phone number used to request the card against a national database of addresses associated with each number.  The system then texts a code to that mobile number to confirm that the owner of the phone is requesting the card.  If that address matches the service area provided by the library a card is automatically assigned and you can begin to borrow audiobooks and ebooks right away.

“We have a lot to learn, but I’m excited to say that it’s working, and it’s working in a manner that we believe can scale across the country,” Overdrive CEO Steve Potash said, adding that the company was looking for other libraries and consortia that would be interested in working on the pilot test.