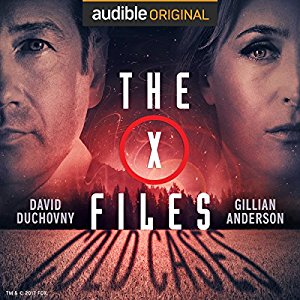 A new X-Files audiobook is narrated by the entire cast of the seminal television show. David Duchovny & Gillian Anderson take center stage for this original title, alongside series regulars Walter Skinner, The Cigarette Smoking Man and the Lone Gunmen.

X-Files: Cold Cases is based on a series of graphic novels and is set after the events of the 2008 film The X-Files: I Want To Believe – providing additional backstory to the incidents that pulled Mulder and Scully out of reclusion prior to 2016’s miniseries revival – a database breach at FBI headquarters allows an unknown group to access and capitalize on those investigations left unsolved by the secret department once known as The X-Files. As friends and foes of the agency long-thought gone begin to inexplicably reappear, former agents Mulder and Scully come out of anonymity to tackle a growing conspiracy involving their former department, the US government and forces not of this world.