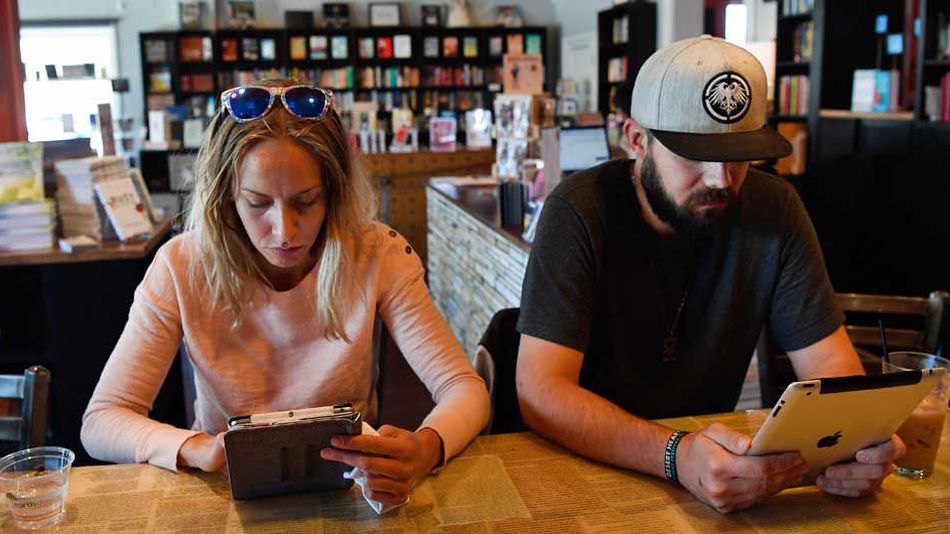 There is a growing trend of indie bookstores in the United Kingdom that are ditching wireless internet access. This is being done to combat showrooming, where people browse and find a better deal online.

The absence of WIFI was first noticed in London and the bookstores participating are; Libreria Books, Tenderbooks, Word on the Water, Buchhandlung Walther König and Lutyens & Rubinstein.

“We’re celebrating human curation over algorithmic rhythms,” said Mr. Silva, who was spurred to open his shop after experiencing a common affliction for London’s bibliophiles — the repetitive, grating ring tones of smartphones disrupting the tranquility of his bookshop experience. “We wanted to get people using their human intuition when they shop for books. You can get Wi-Fi anywhere now, it’s not necessary in a bookshop.”

You may think it’s odd that bookstores do not want mobile phones being used and people staring at their screens, but it is a very London thing. There is a city tradition, from the private tranquil libraries of stately homes such as North London’s 17th-century estate Kenwood House in Hampstead Heath to the British Library’s Reading Room in King’s Cross — a place where the etiquette policy strongly discourages the presence of mobile phones entirely with tactfully placed signs. It’s in this tradition that these bookshops operate.