You are here: Home / Digital Library News / Libraries are starting to rely on teen volunteers to curate e-book collections 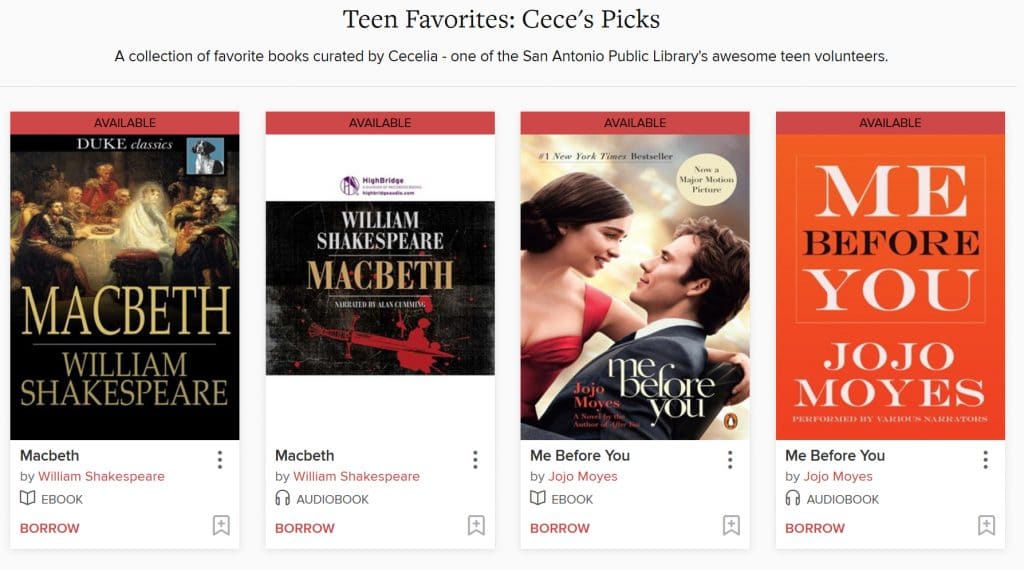 In Canada and the United States over 90% of all public libraries have an e-book collection and 49 of them have loaned out over one million digital titles in 2016. In order to promote their digital collections and e-book discovery, some libraries are going about it in a very unique way.

San Antonio loaned out over one million titles in 2016 and they have just got one of their teen volunteers to create the first ever teen-curated digital reading list on OverDrive. Cecelia (Cece) Gonzalez is a senior at Fox Tech High School. She has volunteered at Central Library for two years, and was recently accepted into Texas Tech University.

Jennifer Velasquez, Teen Services Coordinator for the San Antonio Public Library said “Fostering opportunities for teens to be involved in the creation of library services and displays moves forward the library’s mission of teen participation – and helps inspire teens to be leaders and decision makers at their library.”