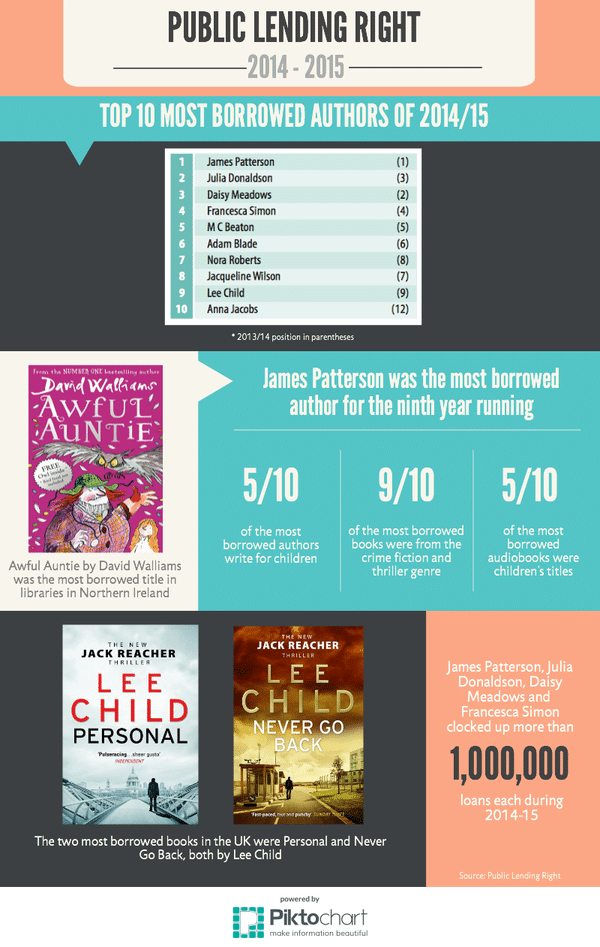 A new report has been issued that takes a look at the most popular books that have been checked out of libraries in the United Kingdom from 2014 to 2015. Not only does it evaluate books, but also the most popular authors.

James Patterson was the most popular author for the last nine years in a row. He tends to release a new book almost every single month, so it is not very surprising .

Patterson, Donaldson, Simon and Meadows also each clocked up over one million loans during 2014-15, according to the British Library, which administers PLR.