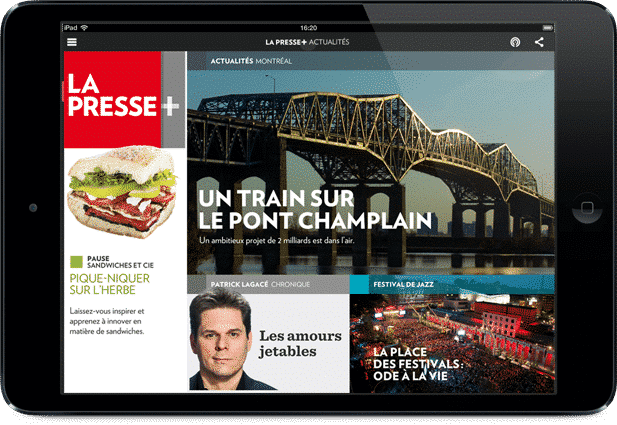 La Presse is the first major newspaper to abandon making print copies of their daily edition and exclusively focus on digital. Their app accounts for 80% of their entire revenue stream and it makes sense that they would focus on it as a core aspect of their business.

The La Presse+ app for smartphones and tablets attracts close to 250,000 readers per day, which is about three times more than the paper edition. The move will allow the paper to save about $30 million in operating costs.

“We feel that this is more the way of the future,” said Caroline Jamet, vice-president of communications, told The Globe and Mail. “A mostly black-and-white, two-dimensional paper with no interactivity is just something that less and less people are interested in.”