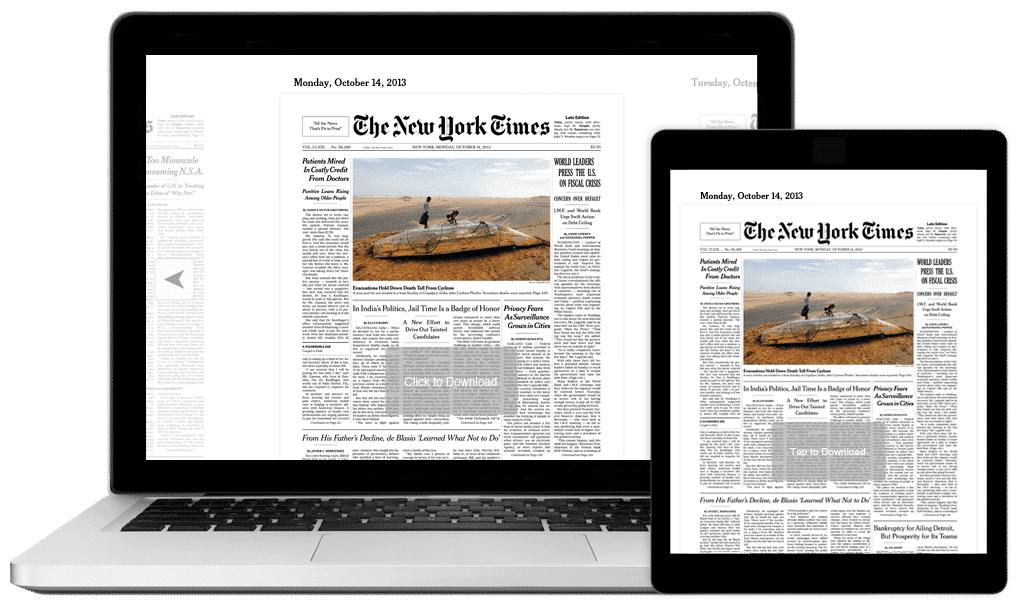 The world is moving into digital and the newspaper industry has felt declining advertising revenues for the past ten years. Thousands of papers all over the world have been shuttered or bought out by larger organizations. The New York Times CEO Mark Thompson said newspapers have about a decade left before they are truly irrelevant.

Newspapers used to be the only way that you could get news stories and editorial content. The internet disrupted it because websites that started to specialize in niche content. Your local papers political section likely pales in comparison to Politico and the weekly technology segment is a joke if you are a daily reader of the Verge or Engadget.  Newspapers are also finding it hard to make money as advertisers have left in droves to have their dollars provide a higher rate of return on Amazon, Facebook, or Google. Between 2000 and 2015, print newspaper advertising revenue fell from about $60 billion to about $20 billion, wiping out the gains of the previous 50 years.

The NY Times CEO  stated “I believe at least 10 years is what we can see in the U.S. for our print products,” Thompson said on “Power Lunch.” He said he’d like to have the print edition “survive and thrive as long as it can,” but admitted it might face an expiration date. “We’ll decide that simply on the economics,” he said. “There may come a point when the economics of [the print paper] no longer make sense for us.”

“The key thing for us is that we’re pivoting,” Thompson said. “Our plan is to go on serving our loyal print subscribers as long as we can. But meanwhile to build up the digital business, so that we have a successful growing company and a successful news operation long after print is gone.”

The New York Times is the poster child for digital subscriptions. In the last quarter they gained 157,000 new subscribers and they have over one million total subscribers.