You are here: Home / Audiobook News / Where do people buy and listen to their Audiobooks? 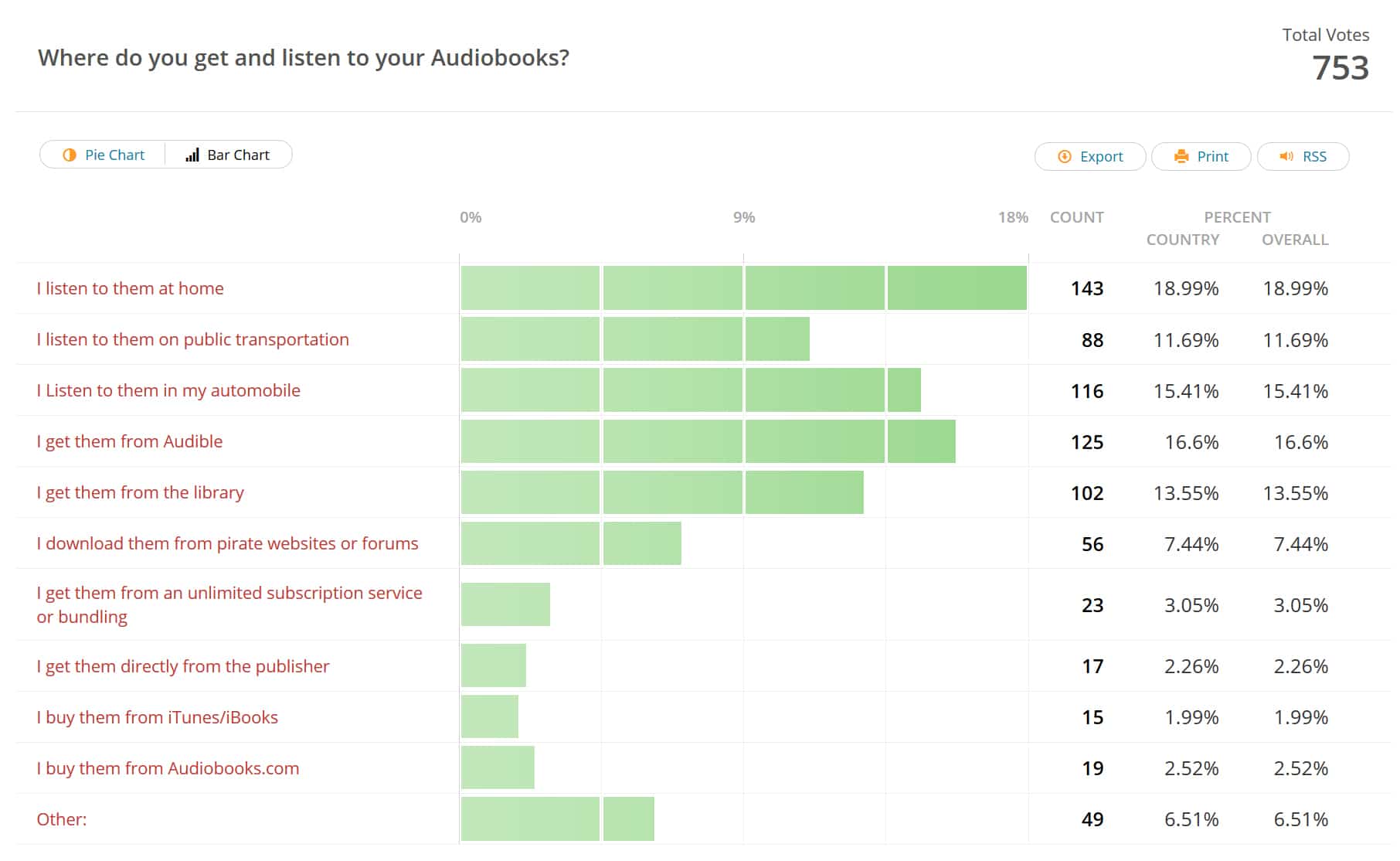 The global audiobook industry is currently worth over three billion dollars and is considered to be the fastest growing segment in publishing. Every quarter publishers report that e-book sales are down, but audio sales are up. Statistically, there is not much data on where people buy and listen to their audiobooks, until now.

Good e-Reader has conducted a month long poll where we asked users about the audiobook buying habits and where they tend to listen to the purchases they have made. 753 people voted and it looks like Audible is the most popular service, which garnered 16.6% of the vote. 13.55% borrow them from the library through companies like Overdrive, while 7.44% pirate them from websites or forums. Surprisingly unlimited subscription services like Kindle Unlimited and Scribd did very poorly with our users who collectively represented 3.05% of the vote.

What is most interesting about these figures is that Amazon owned Audible and the library were the most popular choices to buy or borrow audiobooks, but there was not a wide variance on where people listen to them.