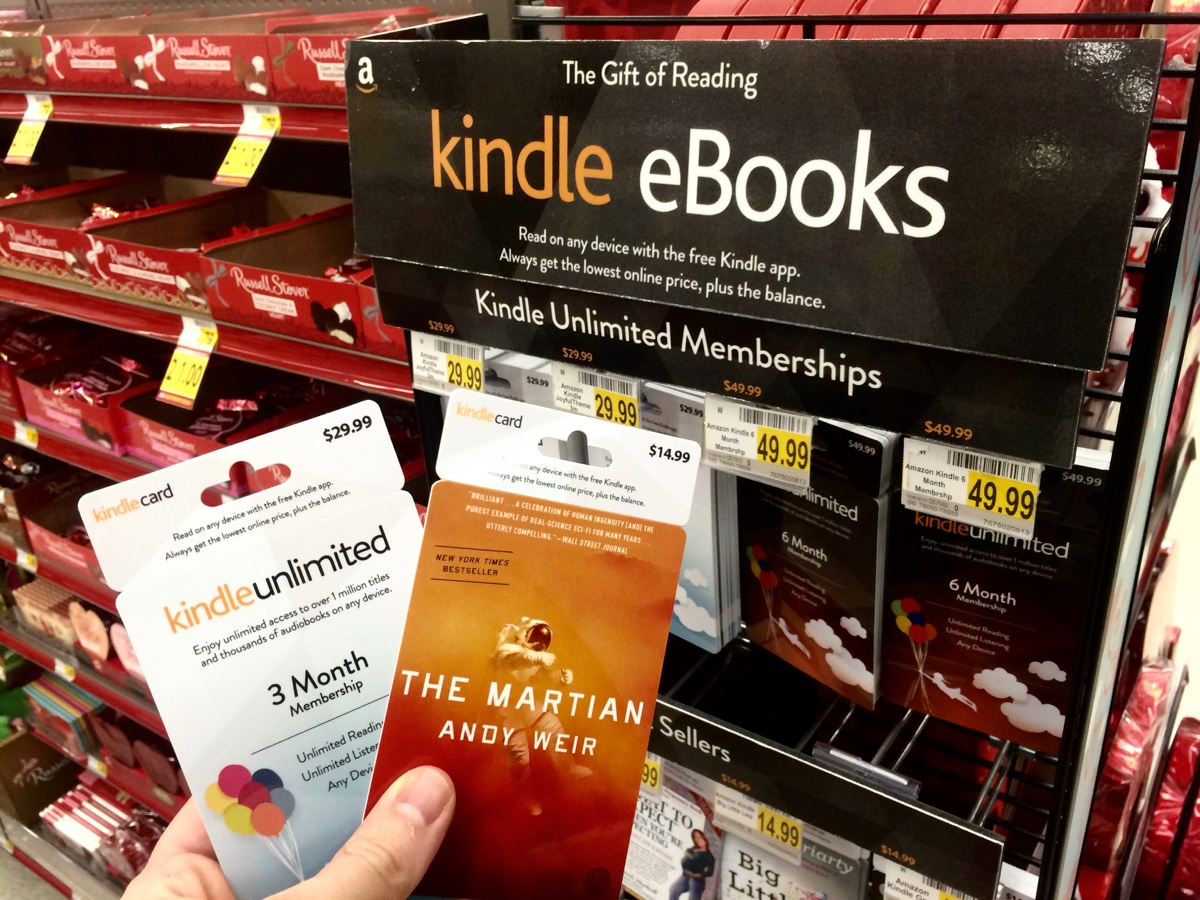 Amazon has just launched a new pilot program in Washington State that allows readers to purchase an e-book gift card or a three month membership to Kindle Unlimited.

Amazon has always offered gift cards that allow users to inject a specific monetary amount into their accounts and the credit can be used to purchase anything available on their website. The e-book gift cards is entirely new and marks the first time specific digital titles are available to be instantly redeemed. 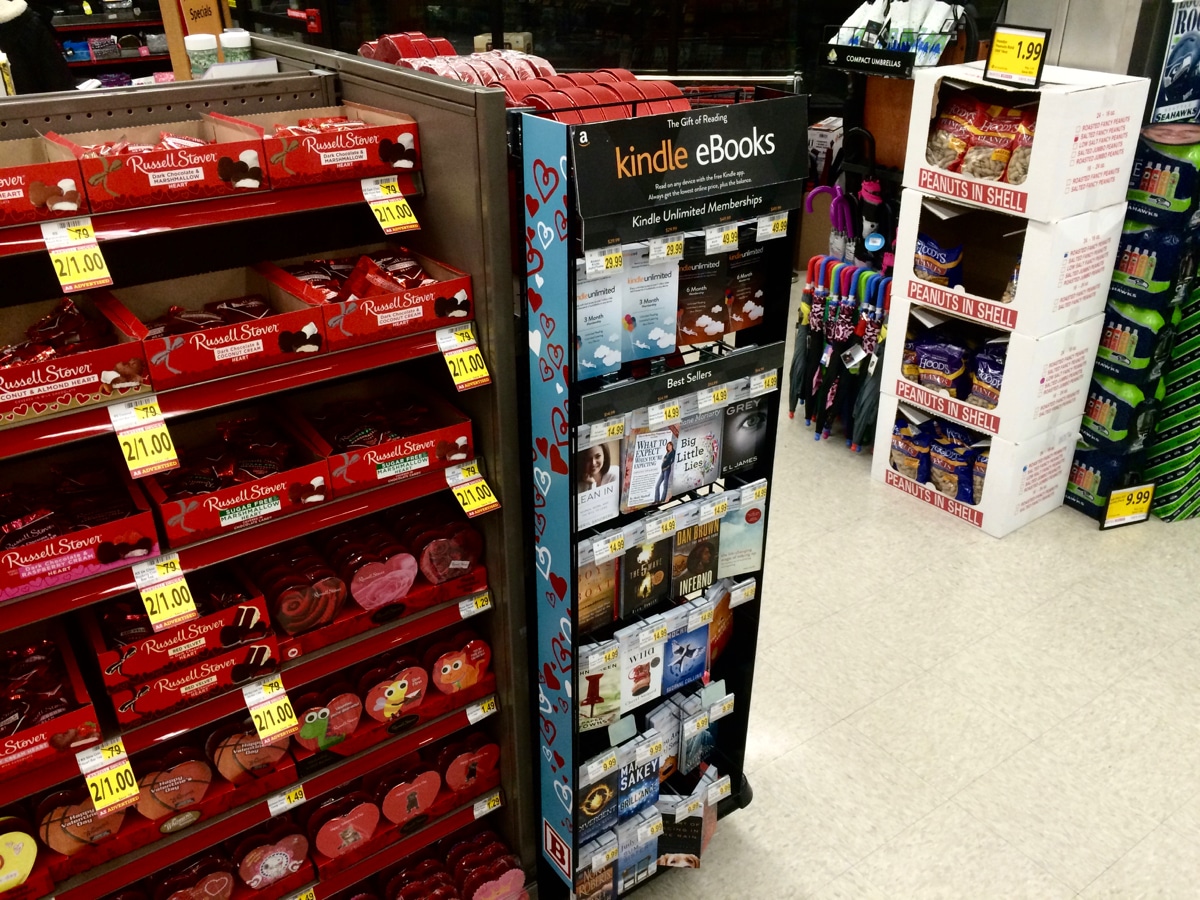 The Kindle e-books display stand is small and made of cardboard. The top row contains three and six month subscriptions to Kindle Unlimited. This program gives you access to over 100,000 e-books and you can read as many titles as you want on a monthly basis.  The kiosk also contains 20 individual best-sellers that include a wide range of fiction and non-fiction titles. 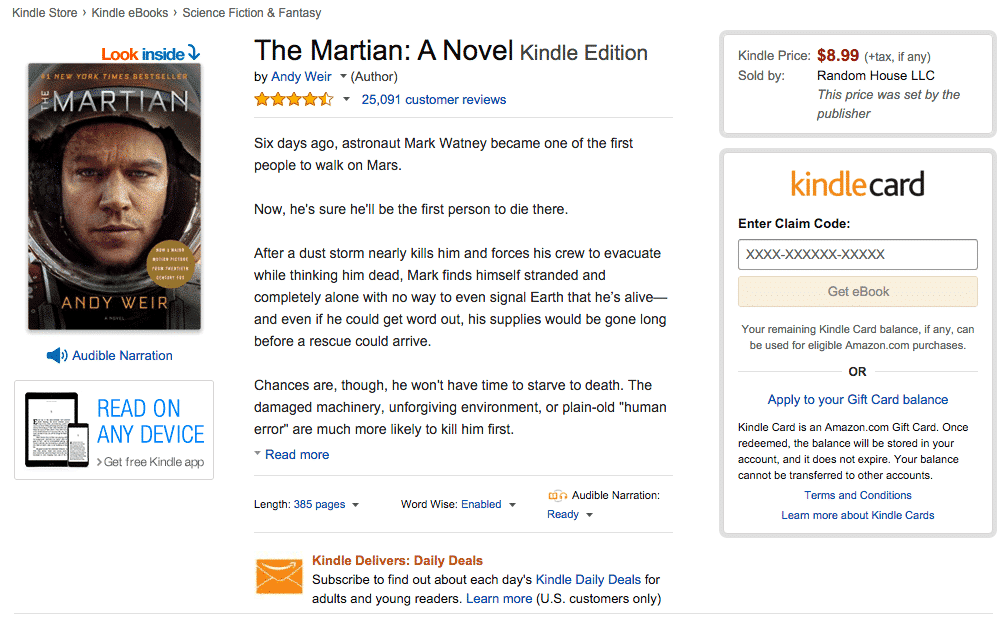 The vast majority of the Kindle gift cards cost more than the e-book retails for on Amazon. An example of this is The Martian by Andy Wier, the gift card costs $14.99 but the Kindle book is $8.99.  If this is the case, the balance of the gift card will be used and the remainder of the balance will automatically be credited to your Amazon account to be used on future purchases.

The pilot program for these Kindle e-Book gift cards is only available at 41 different Bartell Drugs locations. It remains to be seen if this program is expanded into different markets or if Amazon will start to include them in their Seattle bookstore.