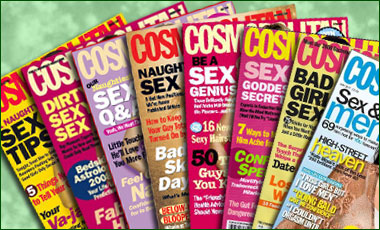 Cosmopolitan magazine is the first publication by Hearst to hit 100,000 paid digital subscribers. This takes into account sales in the iPad, Kindle, Nook, and Zinio platforms on many different operating systems.

Hearst Magazines has sold more than 500,000 digital subscriptions across its portfolio to date and expects to reach 1 million by the end of 2012. David Carey, president of Hearst Magazines, said, “As the tablet and digital space offer magazine brands additional opportunities for both content and revenue, we anticipate that our businesses will change and grow in new ways as we’re already witnessing with Cosmo. In addition to its success with digital subscriptions, we’ve also been able to launch brand extensions like CFG: Cosmo for Guys on the iPad, which enables us to test new concepts without a significant capital investment. We hope to do more of that in the future.”

So why does Cosmo see such great sales? Cosmopolitan was an early adopter of offering digital editions to consumers on all tablets and e-readers, selling initially on the Zinio platform as early as 2005.  The company also charges $1.99 per month for its digital subscriptions, which makes it very affordable and appealing. The print edition costs around $19.99 a month, so it makes sense to purchase the digital version.