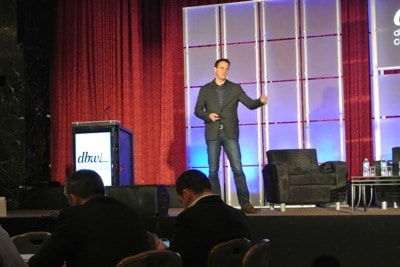 At the Digital Book World conference in New York, James McQuivey, Vice President & Principal Analyst, of Forrester Research, talked about some recent survey results. He said that “As we enter 2013, Nook sales are slowing down and Kindle sales are increasing. Apple crossed the 120 million iPad sales mark worldwide, which is a very big deal. Top publishers report that more than 25% of adult sales are digital.”

Recently, Forrester Researched surveyed publishing executives in 2012 from large, mid-tier, and smaller publishers.  The companies he spoke with accounted for more than two thirds of the entire publishing sector. 85% of those he surveyed are optimistic about the digital transition. 64% say their company is capable of competing in digital environment and only 55% say that company’s plan has a good chance of succeeding.

One of the more interesting aspects of the survey results has to do with the adoption rate of tablets and e-readers. 60% of the people responding said that tablets are an ideal reading platform and only 23% think that e-readers are an ideal platform.  45% agree that e-readers will soon be irrelevant. One thing that was striking was how the confidence in dedicated apps is waning.  85% of publishers produce apps and 45% say that apps cost too much to produce and only 19% think that apps will change the future of books.

You might have heard of the recent Justice Department settlement with the big six publishers on fixing eBook prices. Most publishers think that the settlement will make Amazon more powerful, but only 30% think that Amazon will lower prices on all books under the wholesale model.

The survey concluded by looking forward into the end of the year and 32% think that print sales will increase  and that ebook sales to increase 21%.  James explained that the entire industry is starting to settle down. eBooks will account for 50% of all books sold by June of 2014, but 23% say that this has already happened to their company.