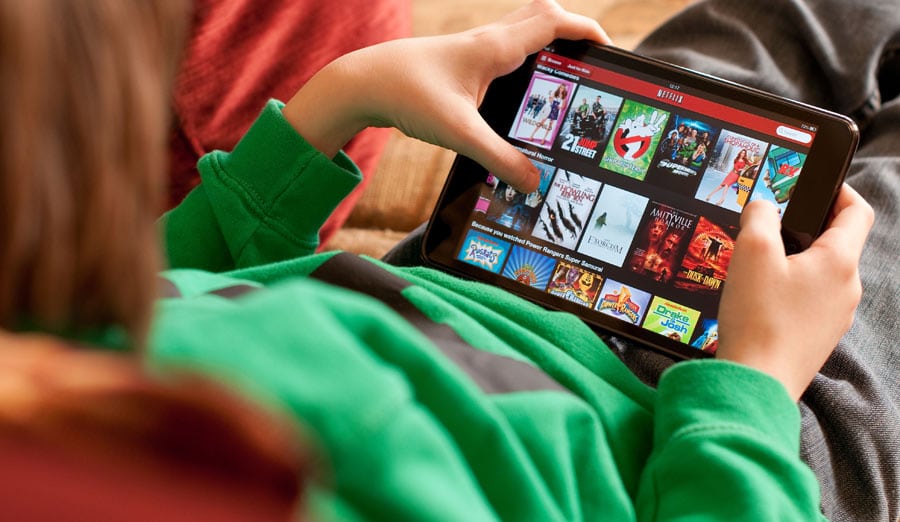 Tech companies and telecom carriers have started to offer free hardware and entertainment benefits in a lure to attain more customers. Samsung is giving away a free six month subscription to Netflix with the purchase of their new Galaxy S8 and S8 Plus. T-Mobile is offering prospective G6 buyers a free LG G Pad X 8.0 tablet and a Google Home.  Rogers in Canada is offering a free six month subscription to Spotify or NHL Center Ice if you buy a new phone plan.  What about e-books? It really looks like companies are shying away from them.

In 2014 Amazon developed a customized app for Samsung customers called Amazon Kindle for Samsung. Four different titles were available on rotating monthly basis and users could pick one to keep. This was a big lure digital readers but it looks like neither Samsung or Amazon have bothered to promote it in the last year or two.

Barnes and Noble and Kobo are missing big opportunities partnering up with telecom carriers and established hardware companies. They rely on their own hardware to drive e-book sales, when they should be developing customized apps for the tech industry. Both of these online retailers have extensive self-publishing systems  and they could easily leverage their cadre of indie authors to promote their ecosystem on other platforms and drive sales to agency titles.

Not only are B&N and Kobo missing a big opportunity, but so are companies like Scribd, Smashwords and WattPad. Scribd could easily give away a free e-book from a small pool of titles every month to try and regain the market share they lost when they implemented their credit system and drove a huge pool of their users to Kindle Unlimited. Smashwords is a digital publishing solution where authors submit a digital title and it is distributed to all of the major online retailers and libraries.  If Smashwords developed a customized app and formed a partnership with a smartphone company and offered a free of their big named authors e-books for free, it would promote the indie community as a whole and turn Smashwords from a fringe company nobody has heard of, to a major force to be reckoned with.

I think WattPad would be the best company for smartphone, tablet and telecom carriers to partner with, because the vast majority of their content is free. A few of their authors have turned into celebrities and have their fan-fiction and narratives optioned for movies. Wattpad is getting serious about being a publisher too, they take their most successful authors who write on their platform and turn them into e-books that are sold on Amazon. WattPad should be developing a customized app that showcases their most successful authors and allow people to read their full books for free in exchange for publicity and to attain more users.

There is no denying that e-book sales have been falling for the past two years and the digital publishing and retailing industry are all asleep at the wheel. They accept that their diminished salles are the new reality when they should be partnering with telecom and hardware companies and provide free content to their users in exchange for an entirely new demographic of customers who will gladly pay for e-books in the future?

I guess it comes down to this. Do we as a society want to turn into Netflix binge watching zombies or do we want to read?