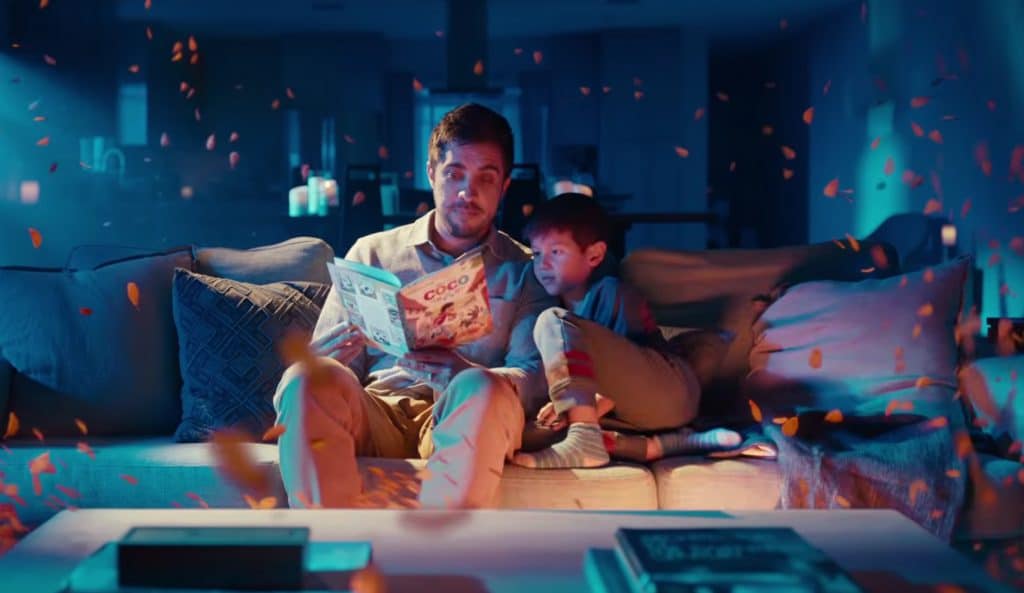 Google and Disney have just unveiled a new partnership that will add sound effects and music to Little Golden Books played on the Home Speaker system. Available books include new favorites like Moana, Toy Story 3, Coco and Jack Jack Attack, as well as timeless classics like Peter Pan, Cinderella, Alice in Wonderland, The Three Little Pigs and Mickey Mouse and his Spaceship. To get started, just say “Hey Google, let’s read along with Disney.”

You can find the compatible stories alongside Google Home Mini in the books section of your local Walmart, Target and Barnes & Noble stores starting this week. And remember—Google Home already comes with lots of other Disney games, so you can go on adventures with some of your favorite characters right from your living room. This feature will also be available to more smart speakers and Smart Displays with the Google Assistant built in by the end of the year.

Google says that they want families to read together and if you skip ahead in the book, Google Home will recognize that change and adjust to match the story. If you pause (because we all know kids love to chime in during storytime), ambient music will play until you begin reading again.

I like the fact that Google is creating an atmosphere to print books and turning them into a radio play. I know many parents whose kids have a few favorite books and they read the same ones to them every night, which can get tedious.