You are here: Home / E-Book News / Here are the Books Bill Gates Wants You to Read 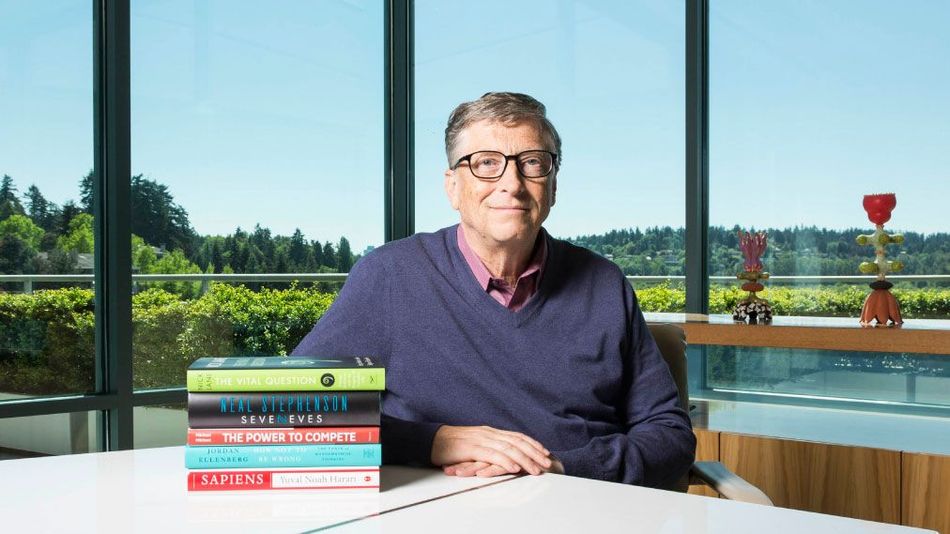 Every Year the founder and former CEO of Microsoft, Bill Gates, posts a comprehensive summer reading list. Bill seems to love the non-fiction genre and there is rarely any novellas. This year he has posted a series of books that seem very interesting.

“This summer, my recommended reading list has a good dose of books with science and math at their core,” Gates wrote in a blog post about his recommendations. “But there’s no science or math to my selection process. The following five books are simply ones that I loved, made me think in new ways, and kept me up reading long past when I should have gone to sleep.”

“Stephenson, who lives in Seattle, has clearly done his research — but I loved the technical details. Seveneves inspired me to rekindle my sci-fi habit.”

How Not to Be Wrong by Jordan Ellenberg

“The book’s larger point is that, as Ellenberg writes, ‘to do mathematics is to be, at once, touched by fire and bound by reason’ — and that there are ways in which we’re all doing math, all the time.”

The Vital Question by Nick Lane

“Nick is one of those original thinkers who makes you say: More people should know about this guy’s work. He is trying to right a scientific wrong by getting people to fully appreciate the role that energy plays in all living things … Even if the details of Nick’s work turn out to be wrong, I suspect his focus on energy will be seen as an important contribution to our understanding of where we come from.”

The Power to Compete by Hiroshi Mikitani and Ryoichi Mikitani

“Japan is intensely interesting to anyone who follows global economics. Why were its companies — the juggernauts of the1980s — eclipsed by competitors in South Korea and China? And can they come back? Those question are at the heart of this series of dialogues between Ryoichi, an economist who died in 2013, and his son Hiroshi, founder of the Internet company Rakuten.”

Sapiens: The Brief History of Mankind by Yuval Noah Harari

“Both Melinda and I read this one, and it has sparked lots of great conversations at our dinner table. Harari takes on a daunting challenge: to tell the entire history of the human race in just 400 pages.”