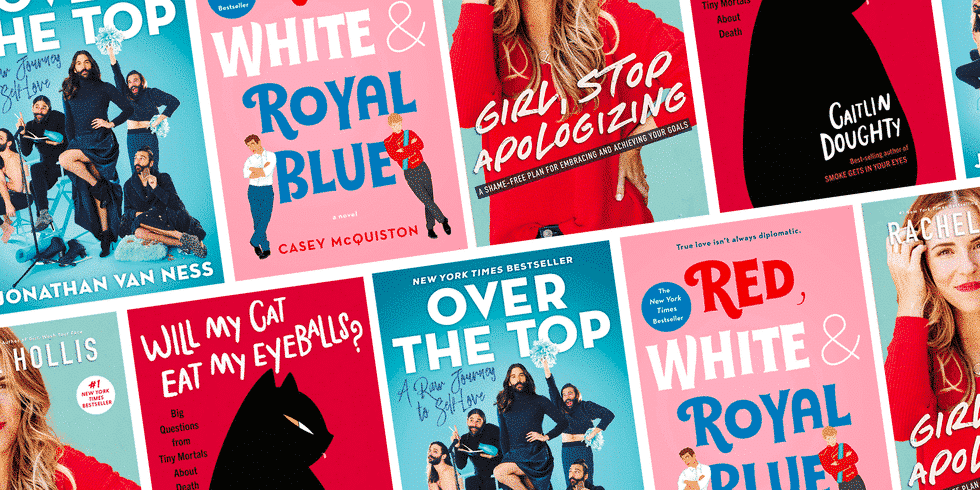 Over the course of the past 11 years social media giant GoodReads runs a best books of the year campaign. 4.6 million votes were cast by die-hard readers who voted for the best books in 20 different categories. This year marks the ninth consecutive win for Rick Riordan, and the fourth consecutive win for Stephen King — both of whom are nine-time Goodreads Choice Awards winners.

“The Testaments,” by Margaret Atwood Margaret Atwood’s “The Testaments” is set 15 years after the events of “The Handmaid’s Tale.”Gilead is still gripped by authoritarian rule, but cracks are beginning to show. It’s also worth a read if you’re a fan of the Hulu show.

“The Silent Patient,” by Alex Michaelides This book seems to have it all! Set in London, the story unravels after a world-renowned painter murders her fashion photographer husband in their posh home and subsequently refuses to speak. Entertainment Weekly described it as “a mix of Hitchcockian suspense, Agatha Christie plotting, and Greek tragedy.” If you’re a big fan of rock-and-roll music, this might be the book for you! It transports the reader back to the ’60s and ’70s, right into the wild music scene. It was also a Reese Witherspoon book club pick this summer. The actress said of the book, “I devoured ‘Daisy Jones & The Six’ in a day, falling head over heels for it. Daisy and the band captured my heart.” This novel has the Ivy League, secret societies and a main character with a mysterious past. What more could you want? I’ve heard nothing but rave reviews from everyone who has read this debut novel. It surrounds a fictional first family, a British prince and a love story that readers are falling for. Blake Crouch is the bestselling author behind “Dark Matter.” This novel starts with the discovery of a disease unlike any other and is based on recent research about false memories. If you’ve ever experienced a strong sense of déjà vu, this read’s for you.

“The Institute,” by Stephen King It’s no surprise to see Stephen King win in this category! He won last year for his thriller, “The Outsider,” and this is his ninth Goodreads Choice Award. After you’re done being completely freaked out by Stephen King, turn to some comic relief from Ali Wong. Wong writes letters to her daughters that cover all sorts of topics they’ll need to know about throughout their life. I’ve seen this book everywhere this year and now I have another reason to finally read it! Rachel Hollis has pulled together a collection of advice to help the 21st-century woman change the world.

“Over the Top,” by Jonathan Van Ness You’ve seen him as one of the Fab Five on “Queer Eye” and now Jonathan Van Ness is getting deeply personal in his memoir. Fair warning: You are definitely going to cry, but also laugh, maybe at the same time.

“The Five,” by Hallie Rubenhold This book immediately stands out. So many stories have been told about Jack the Ripper, but what about his victims? This book explores the true story of the women murdered by the infamous serial killer.

“Will My Cat Eat My Eyeballs?” by Caitlin Doughty Don’t let the title scare you away! This book features illustrations and answers to questions that you may find hard to ask out loud.

“Antoni in the Kitchen,” by Antoni Porowski Another “Queer Eye” star makes the list — this time in the cookbook category. Antoni Porowski is best known for cooking up yummy dishes on Netflix, but this book will bring him into your kitchen! Even beginner cooks will be able to pull off these recipes. Rainbow Rowell is a New York Times bestselling author and the gorgeous illustrations in this book are done by award-winning artist Faith Erin Hicks. This book has pumpkins, friendship and one epic plan. “Shout” beat out “The Mermaid’s Voice Returns in This One,” (by last year’s winning author, Amanda Lovelace) by only 200 votes!  In free verse, Anderson shares reflections, rants, and calls to action woven between deeply personal stories from her life that she’s never written about before. Described as “powerful,” “captivating,” and “essential” in the nine starred reviews it’s received, this must-read memoir is being hailed as one of 2019’s best books for teens and adults In free verse, Anderson shares reflections, rants, and calls to action woven between deeply personal stories from her life that she’s never written about before. Described as “powerful,” “captivating,” and “essential” in the nine starred reviews it’s received, this must-read memoir is being hailed as one of 2019’s best books for teens and adults. Five Feet Apart by Rachael Lippincott, published by Simon & Schuster Books for Young Readers tells the story of Stella and Will. Stella has admitted herself into the hospital she’s been treated in most of her life. She has cystic fibrosis and now she has a fever and sore throat that has landed her in the hospital again. The staff and other CF patients know her well but she meets a new patient, Will. Eight months ago, Will found out that he has a fatal illness to go along with the CF he already has and he’s in the hospital for a drug trial. He’s tired of being trapped in hospitals and just wants to enjoy life. Will seems to not care about getting better while Stella is compulsive about her strict medical routine

“The Wicked King,” by Holly Black After the jaw-dropping revelation that Oak is the heir to Faerie, Jude must keep her younger brother safe. To do so, she has bound the wicked king, Cardan, to her, and made herself the power behind the throne. Navigating the constantly shifting political alliances of Faerie would be difficult enough if Cardan were easy to control. But he does everything in his power to humiliate and undermine her even as his fascination with her remains undiminished. When it becomes all too clear that someone close to Jude means to betray her, threatening her own life and the lives of everyone she loves, Jude must uncover the traitor and fight her own complicated feelings for Cardan to maintain control as a mortal in a Faerie world.

“The Tyrant’s Tomb,” by Rick Riordan For nine consecutive years, Rick Riordan has come out on top in the Middle Grade and Children’s category. It’s not easy being Apollo, especially when you’ve been turned into a human and banished from Olympus. On his path to restoring five ancient oracles and reclaiming his godly powers, Apollo (aka Lester Papadopoulos) has faced both triumphs and tragedies. Now his journey takes him to Camp Jupiter in the San Francisco Bay Area, where the Roman demigods are preparing for a desperate last stand against the evil Triumvirate of Roman emperors. Hazel, Reyna, Frank, Tyson, Ella, and many other old friends will need Apollo’s aid to survive the onslaught. Unfortunately, the answer to their salvation lies in the forgotten tomb of a Roman ruler . . . someone even worse than the emperors Apollo has already faced. For the first time ever, 75 beloved songs from Mister Rogers’ Neighborhood and The Children’s Corner are collected in this charmingly illustrated treasury, sure to be cherished by generations of children as well as the millions of adults who grew up with Mister Rogers.