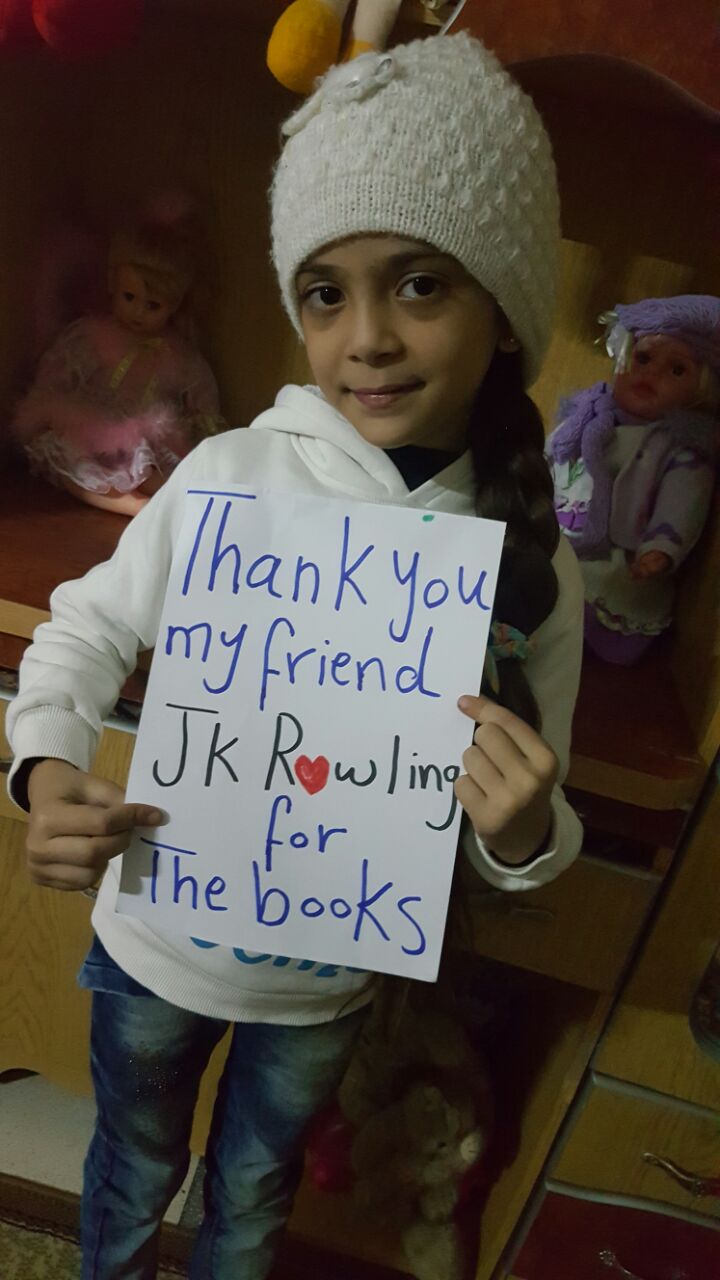 Bana Alabe is seven years old and lives in the a city under siege, Aleppo Syria. She posted a video on her Twitter account about her love for the Harry Potter movies, but buying books in this part of the world is a daunting endeavor, everything is basically blown up. J.K. Rowling saw the viral post and video and it tugged on her heartstrings and sent Alabe all seven of the Harry Potter ebooks.

Bana’s personal account gives a poignant human face to a nearly six-year conflict pitting President Bashar al-Assad against rebels seeking to oust him, in which hundreds of thousands of people have been killed and millions forced from their homes.

Hello my friend @jk_rowling, I started reading your books now, my heart is for you. Thank you. – Bana #Aleppo #StandWithAleppo pic.twitter.com/MHtOIFzwuI

Love you too, Bana! Thinking of you, keep safe #Aleppo https://t.co/1l5SJPStEm