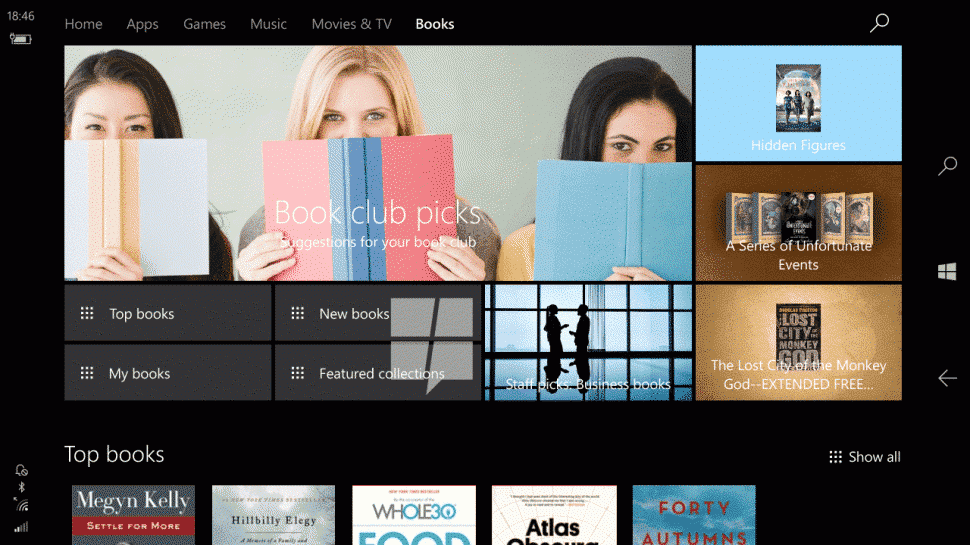 Microsoft has developed a digital bookstore where they will be selling hundreds of thousands of bestselling and backlist titles. Every e-book you purchase will be able to be read on the Microsoft Edge browser, which will be updated with a number of enhancements such as being able to adjust the font size and font type. Cortana will also play a major role with being able to search for words or phrases or even to define specific words. Microsoft has just announced that it will be launching on April 11th as part of the new Creators Update.

One of the lesser known features with the new Creators Update is making it more viable to read e-books on your PC, laptop or tablet. Microsoft has developed a new feature called Night Light and was designed to reduce blue light emitted by a screen, which may help you get to sleep easier at night.

It remains to be seen if Microsoft can be a serious contender in the e-book space and what markets users will be able to purchase content. I have just heard it will be launching in Canada and the United States, but the company has been cagey about Europe. Amazon, B&N, Kobo and Google are fairly entrenched with selling books, but millions of computers run Windows and if Microsoft starts pushing their store with popups and notifications they could make an immediate impact.