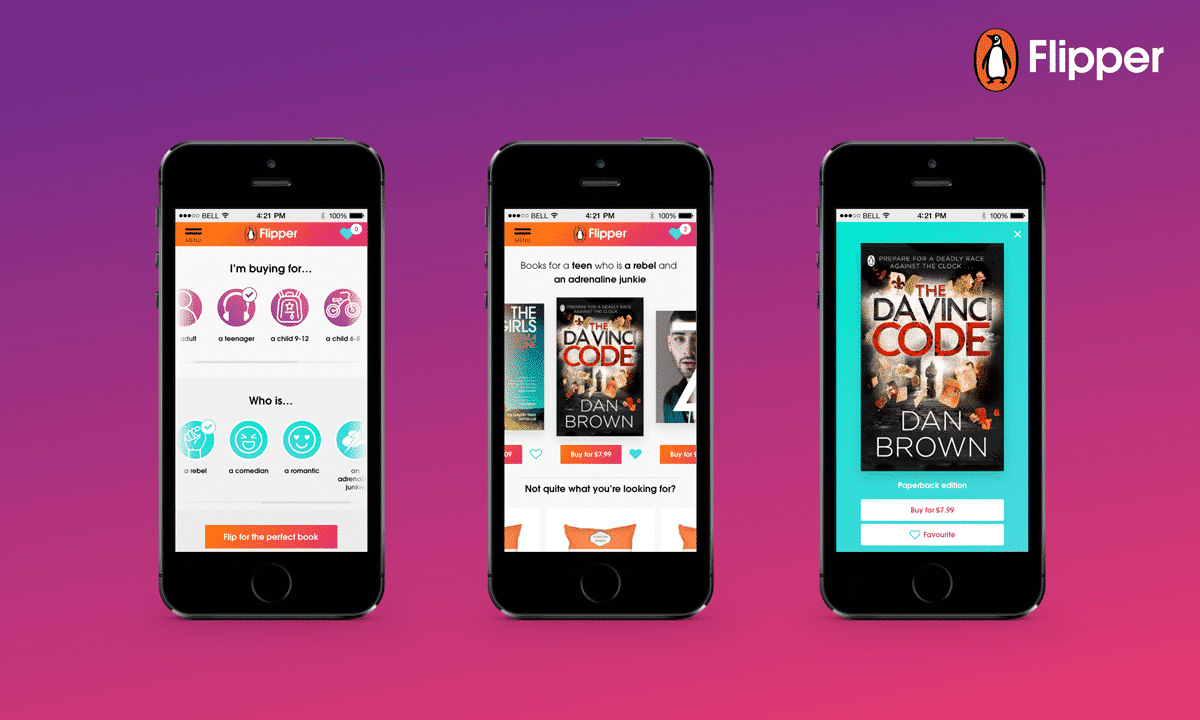 The vast majority of people use the internet to research new books and authors. There is certainly no shortage of websites and online services that have built their business around book discovery. From Bookbub to GoodReads, there are literally thousands of companies out there. Penguin Random House wants to simplify the process and they have just released a new online tool called Flipper.

Penguin Flipper is a relatively new tool that is available for UK residents to find a new book. It was primarily launched to aid shoppers in finding a book to buy someone for the upcoming Christmas season. You can establish a specific age and either one specific genre or a bunch. One you find a title you dig, you can click on it and be taken to Amazon to complete the purchase. I like the fact they sell the books on Amazon because most people do not buy books directly from a publisher.

What I like about Page Flipper is that is it optimized for the desktop and also mobile devices. The entire experience is lightning quick and you will seldom have to wait more than 1 second for a page to fully load. Finally, you don’t need to register an account or connect up Facebook or Twitter to use the tool.

The Bookseller reported that PRH plans to further expand its functionality with continued testing with consumers to make it even “more comprehensive”, and may revamp it for campaigns beyond Christmas. It was originally developed from idea to prototype over the course of five days with insight from consumer testing, part of what PRH is calling a “sprint-based approach to digital innovation”.