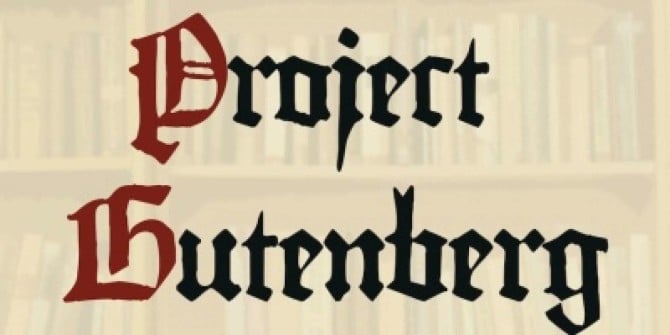 Project Gutenberg has disabled ebook downloads from people in Germany. This is due to an ongoing court case that said 18 German titles were in violation of copyright, even though the copyright expired in the United States.  In a statement Gutenberg said ” The German Courts overstepped its jurisdiction, and allowed the world’s largest publishing group to bully Project Gutenberg for these 18 books, there is every reason to think that this will keep happening. There are thousands of eBooks in the Project Gutenberg collection that could be subject to similar overreaching and illegitimate actions.”