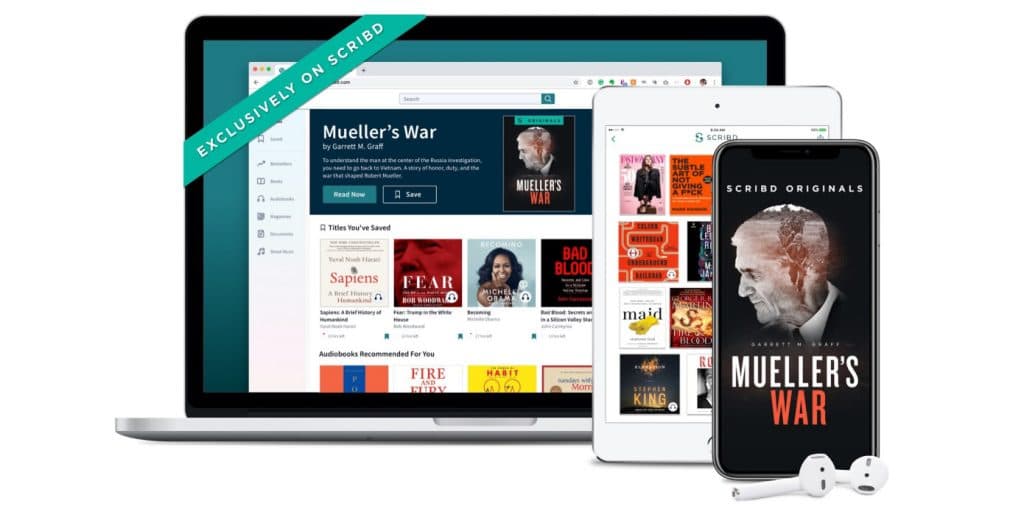 Scribd is an unlimited audiobook and ebook subscription service, where users pay a monthly fee and get access to a ton of content. In order to make their business more sustainable and not pay publishers everytime someone listens to a certain number of hours on an audiobook or reads a certain number of pages of an ebook, the company is developing their own original content.

The first title is called “Mueller’s War,” a book by journalist Garrett Graff looking at the prosecutor’s time as a marine in the Vietnam War. It is available now on the platform.  CEO Trip Adler told Good e-Reader that “The hope is for Scribd to build a closer relationship with authors while offering something that’s “unique for our readers,” Adler said. “We pay an advance similar for a traditional book,” he added. “There’s a period of exclusivity,  in some cases we will also be distributing books over time to other digital platforms … We’re still staying open-minded about those kinds of things.”

Scribd hopes to release one original title per month and see what kind of reception it gets from the public. If enough people are willing to give it a read, they will likely double down and produce more original content. They also might be willing to pick up a proper publisher and distribute to Amazon, B&N, Kobo, Google etc.