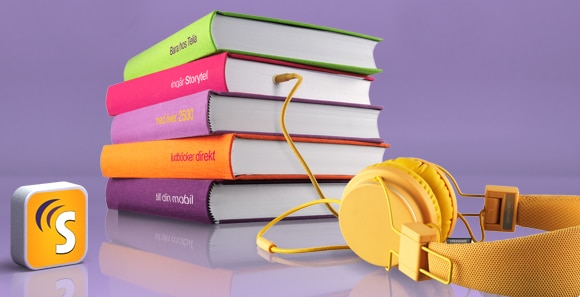 Storytel is the leading audiobook streaming service and currently operates in Sweden, Norway, Denmark, the Netherlands, Poland and Finland. The company has just acquired Mofibo for £13.3 million and is now the largest streaming service for audiobooks in Europe.

The service, founded in 2013, was among the first in the world to launch a digital book subscription service and has more than 100,000 subscribers. It now aims to “speed up its growth” following its acquisition by Storytel. Mofibo currently offers unlimited e- and audio-books for a fixed price a month in Danish, Swedish and Dutch markets.

Strunge, Mofibo c.e.o., said: “I am very proud of what Mofibo has become in just a few years, and how we have done our part in innovating the book industry and successfully reached out to new readers and listeners. With a business like Mofibo, scale is the key to success. We are therefore excited to announce that Mofibo and Storytel have chosen to merge their respective business, and Storytel has therefore as of today bought 100% of the shares in Mofibo.