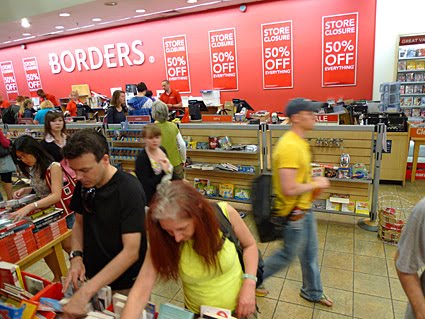 It was just about a year ago that Australia entered the era of e-books and digital publishing. There was the Kobo e-reader that came along with the software as well as the retail backing. Apple entered the scene with its iBook software while Amazon finally decided to open up its Kindle Book Store to the Australians at large.

However, the excitement soon whizzed out as a year down the line, the nation seems to be wading through a sea of uncertainty that has put a question mark on the very future of electronic books or that of the publishing industry in Australia. The number of e-books to be available commercially in the iBookstore has almost reached its nadir. Amazon Kindle marketplace also isn’t painting a rosy picture as there are just a few titles currently on offer. Then Borders and Angus and Robertson has slipped into a coma a revival from which seems too daunting a task. This even after the management’s decision to wash their hands off 38 of its stores and laying off more number of staff.

Needless to say, all these has put a question mark on what the future of e-books will be like down under, which seems to be on its death throes even before it has gone beyond the budding stage. More so when the RedGroup gets completely toppled over considering the fact that its Borders that is the main driving force beyond the popularity of e-books in that country.

Not everyone is glum of the situation though as is evident in the words of Jason Davis who represents the e-book site BookBee who feels its Kobo that can prove to be the trump card. “Canadian-based ebook vendor Kobo pretty much are ebooks in Australia – at least in terms of local ebookstores. Kobo powers REDgroup’s ebook offerings – Borders and A&R in Australia and Whitcoulls in New Zealand. They also do the publishing deals with the local publishers, so they would be in a position to step in very quickly should the REDgroup brands wink out of existence here. Really, the only thing that the local companies bring to the partnership is the local digitising and computer infrastructure to run the site,” he said.

In fact, Davis is seeing opportunities in the new emerging order and believes the setting is just right for other players to join the scene. “The playing field has never been more level, that’s why small local collectives like SPUNC can start selling e-books – the barrier to entry is low,” he said though he also cautions things are not going to be easy for new players to be in a position to pose a challenge to the established players since its a global scenario that one has to act in. “That’s what a lot of publishers aren’t grasping yet. Geographic copyright and restrictions are only stifling the sales of e-books, not protecting them. Global players will continue to dominate the ebook market here, no matter what happens with REDgroup.”

As for Borders and Angus & Robertson itself, some experts opine that the group slipped into the red due to several factors. The prime amongst them is the extremely poor customer service which along with a largely dated stockpile of books made the group to slip out of favor with the book loving crowd. Then a supermarket strategy to selling books just as it is any other commodity made things all the more worse.

Also at the same time, the elimination of the RedGroup (if it indeed comes to that) can bode well for Amazon since for the latter, it will be one less competitor to deal with. Amazon too seems to be well placed to make the best of the situation, armed as it is with suitable infrastructure and just the right device in the form of the Kindle e-readers.

“I would expect a local Amazon store by the end of the year, and definitely an Amazon Android tablet (there’s already an Amazon distribution centre in New Zealand). Hardware sales will be fine, especially with Amazon dominating the market with low cost, great ereaders. The Kobo ereader was OK, but hardware is not Kobo’s strong suit. Only Amazon can really complete with the ultra-cheap Chinese clones,” added Davis.

While what seems a certainty is that the future of books the world over is going to be digital, it will be interesting to see how the digital versions of books settles down in Australia’s literary landscape.