You are here: Home / Digital Publishing News / The majority of Americans read print and not digital 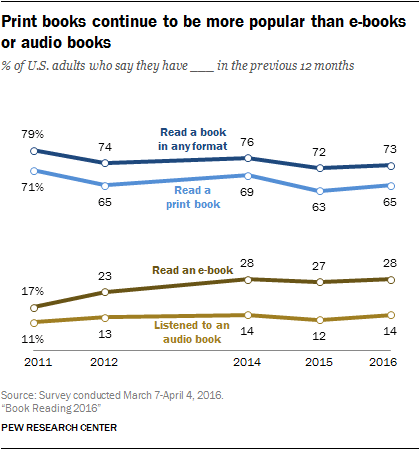 The vast majority of Americans continue to be enamored with print and have resisted the sirens call of e-books. Pew Research has just reported that 65%  of US residents have read a print book in the last year, more than double the amount of people who have read an e-book (28%) or listened to an audiobook (14%).

The Pew Survey has also stated that 73% of Americans have read a print book in the last 12 months, a figure that has remained consistent since 2012. But nearly 40% of Americans read print books exclusively, compared to just 6% of Americans who read e-books.

What is quite surprising about this new data is that e-book lovers are not using e-readers such as the Kindle or Nook, opting instead for multipurpose devices, like tablets and smartphones.

Key Findings from the Survey 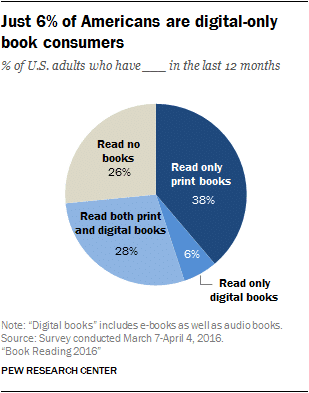