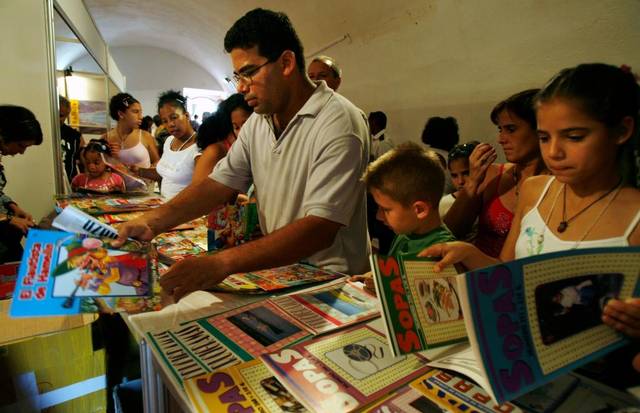 The entire US publishing industry is salivating at the opportunity to get their books sold in Cuba  They are doing it with good reason, Cuba is one of the few countries in the world that has a 100% literacy rate.  This is a market that is starting to see possible relaxed restrictions on imports due to the US government easing a longstanding embargo.

There are currently 45 publishers in Cuba – all state sponsored and cash-starved – they don’t have access to US markets, or to the services and expertise of the American publishing community. This is primarily due to the US embargo, it’s extraordinarily expensive and difficult for Cuban publishers to gain access to even the simplest raw materials of bookmaking, such as paper and ink.  And for self-published authors, even if they had access to self-publishing services or book printers, the set-up fees of such print services would be prohibitively expensive.

The Cuban market is untouched by US companies, but they are looking to change that. Publishers Weekly organized a petition to the White House and it has been endorsed by the Romance Writers of America, Independent Book Publishers Association, American Society of Journalists and Authors, California Writers Club, Sisters in Crime, and the San Francisco Writers Conference.   Makor players have also signed the petition, such as the CEOs of Penguin Random House, Hachette Book Group, Simon & Schuster, Sourcebooks, O’Reilly Media, Kensington, Open Road Integrated Media, Smashwords, Independent Book Group and Baker & Taylor.

Look, I am all for giving the Cuban publishing industry access to materials to keep their local industry vibrant and providing distribution so their books can be sold in the US. I have extreme reservations about the floodgates suddenly opening and hundreds of publishing companies all rushing in.  I can just imagine how disruptive it will be to the local industry when Amazon moves in.