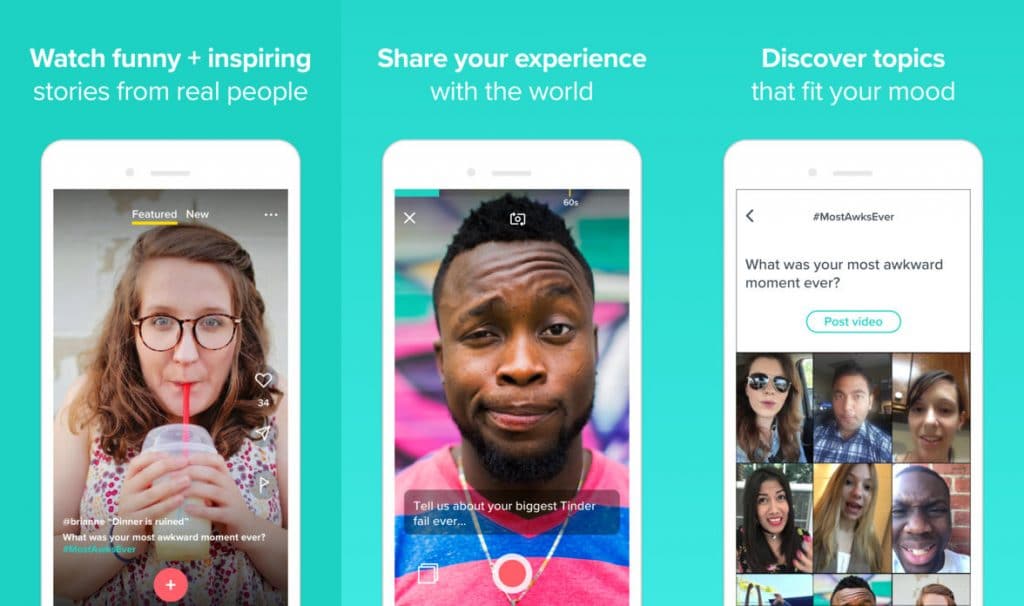 WattPad has just launched a new digital storytelling app for the iPhone and iPad called Raccoon. This app leverages video to tell great stories that are told in 60 seconds or less. Each of these videos is brief, and they feature a true story told by the person who lived it. They can be funny, eye-opening, serious or entertaining. The experience is sort of like a popcorn confessional.

Wattpad co-founder Ivan Yuen said in a statement, “Raccoon’s focus is to deliver real stories from real people, and it’s a critical step forward in realizing Wattpad’s vision to connect and entertain the world through stories. As we look to the future of storytelling,” he says, “it’s clear that video will play an important role—digital video audiences are predicted to reach 2.15 billion this year alone.”

Each week, there are new story challenges that give storytellers ideas and help them get on the frontpage. . For example, this week, Raccoon is prompting users to share their travel stories. If the weekly challenge isn’t of interest, you can swipe left for more ideas, like “what’s unique about your family?,” “share a memorable childhood experience,” “share your biggest Tinder-fail,” or “share a funny story that happened at work.”

WattPad Raccoon is only available in the United States right now and was designed by WattPad Labs, which is an internal incubator where WattPad Tap was created. Today, that app is the #7 app in the Books category on the App Store, just a couple of spots behind Wattpad itself. It has since grown to include over 300,000 stories. Meanwhile, Wattpad’s monthly audience is now 60 million.