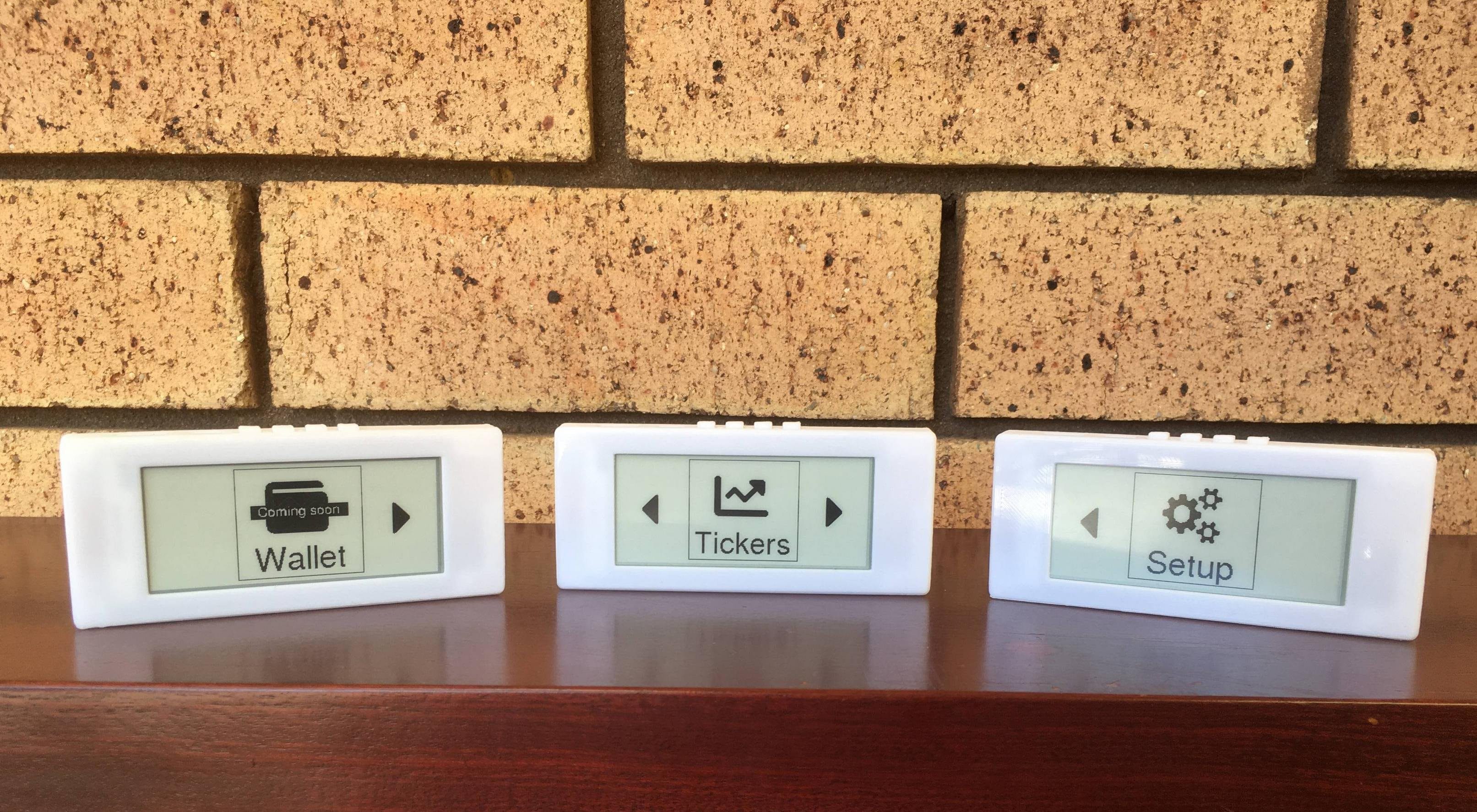 When you think of the name E Ink, you often first consider e-readers as being the poster child. Their e-paper technology powers every single modern ebook reader on the market. The company is also very bullish on electronic shelf labels, they recently invested millions into SES-imagotag and sit on their board of directors. Hackers and developers use E Ink screens for a myriad of purposes, such as a Kindle that tells the time and is attached to a fridge. One guy just made an E Ink based cryptocurrency ticker.

The PaperLedger is using an E Ink Carta display and lists the current price of various cryptocurrencies on its 2.9-inch e-ink screen and provide audible price alerts with its built-in speaker. It even has a web portal where users can configure the hardware or view more in-depth price information.

According to Hackaday, the PaperLedger is based on the TTGO T5 V2.2 ESP32, but it looks like AIFanatic is in the process of spinning up a new board for the MIT licensed project to address some nagging issues for this particular application. Unfortunately, it doesn’t look like there are any pictures of the new board yet, but a description of the changes on the Hackaday.IO page shows that most of the work seems to be going into improving support for running on batteries.

Even if you’re not interested in cryptocurrency, the PaperLedger looks like a fantastic little e-ink monitor for pretty much anything else you’d like to keep a close eye on. The GPLv3 licensed firmware is available on the project’s GitHub page, so expanding or completely changing the device’s functionality shouldn’t be too tricky for anyone with a desire to do so and a working knowledge of C++.