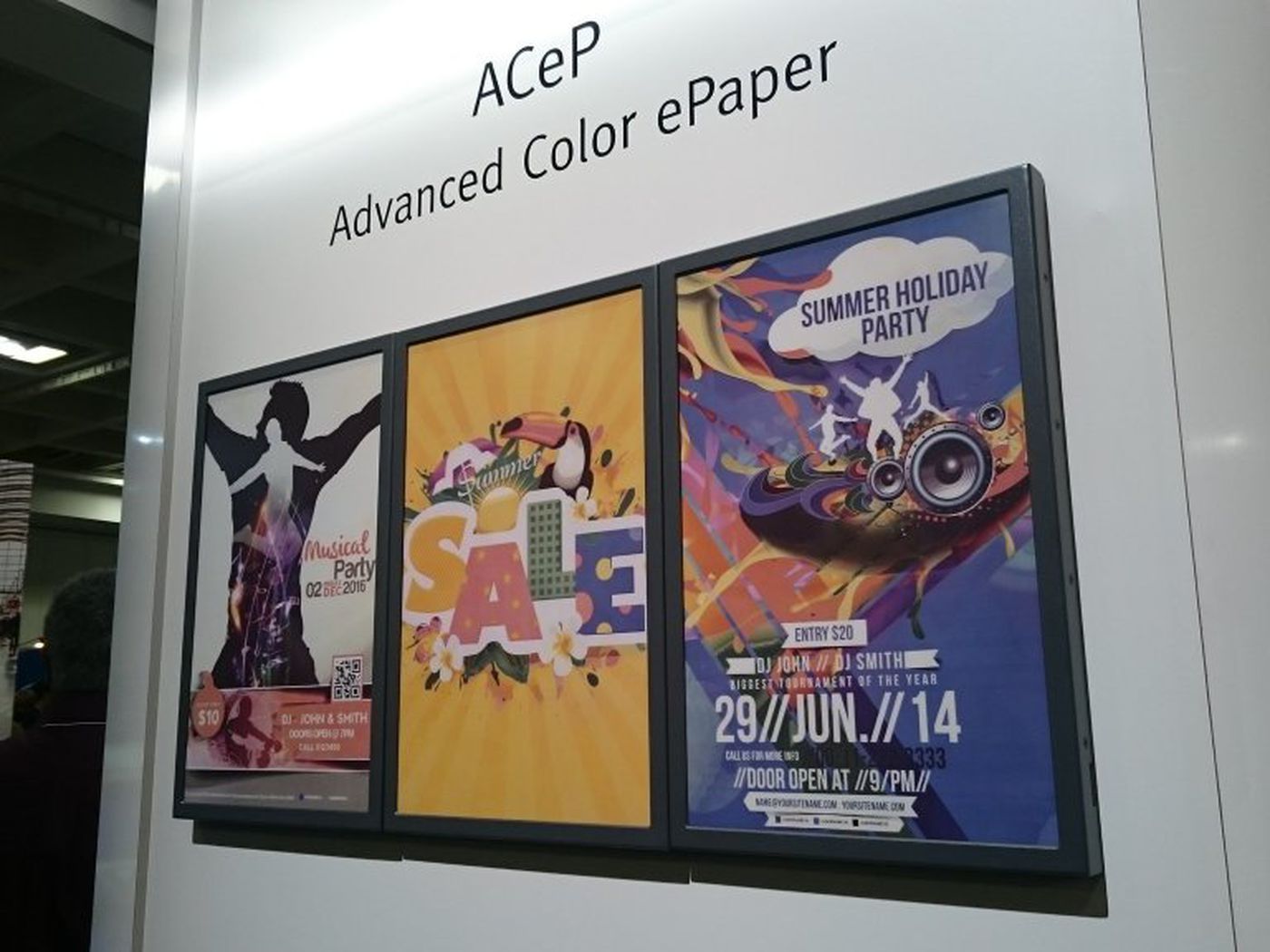 E Ink unveiled a new 13.3 inch Advanced Color E-Paper Display in Japan a few months ago, which was the first commercial product that utilized the technology. Other companies that are involved in digital signage have also received their screens and logic boards, so they can develop their own internal solutions. E Ink has just announced that they have developed a larger variant that is 26 inches. Both screens are now demonstrating  less than 3 second update time for a new color image.

ACeP displays are a huge leap forward compared to the monochrome screens we all know from Kindles. Where classic displays are limited to black and white, ACeP can render images in eight primary colors and a variety of secondary ones. That’s possible thanks to the use of pigments that are encapsulated in tiny structures called microcups. When electric currents are applied to the pigments, they migrate to the top of the capsule, becoming visible.

The process, called electrophoresis, is actually similar to existing black and white screens, but instead of using just two pigments (black and white), ACeP combines several pigments. Each capsule acts as a pixel, and the pixels in turn form the visible image.

The 26 inch ACeP has undergone mass production and E Ink has enough units for all of their vendors. If someone wanted to place an order of a thousand units, it is likely they will have to undergo another mass production run.

The Digital Signage Market size will grow from $20.74 Billion USD in 2017 to an estimated $31.62 Billion USD by 2023. The global digital signage market is projected to exhibit lucrative growth potential during the forecast period. The market is driven by factors such increasing adoption of digital signage hardware and software products in commercial sector applications, and rising infrastructure expansions in emerging countries. The enhanced innovations in the display technology such as OLED, electronic paper display, and quantum dot LED (QLED) are some of the factors driving the market. Digital signage has seen major deployment in the retail sector. Retailers prefer digital signage as it offers the ability to change what is being displayed on the signage without much effort in terms of time or money, thereby saving cost in the long run. The ability to display vivid content, including videos, also supports the growth of the digital signage market. Another key factor impacting this market is the landscape in the display technologies.