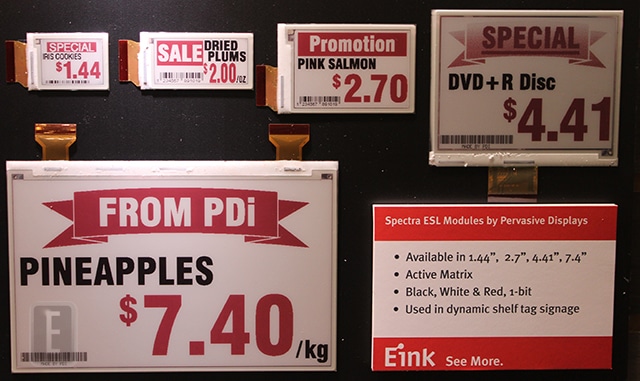 E Ink will continue to focus on electronic shelf labels for the next five years. The company has just signed a long-term agreement with Germany-based Media Markt, the largest consumer electronics retail chain in Europe.

E-Ink has signed up close to 20 different customers since 2013 for electronic shelf labels. The technology primarily allow supermarkets to replace paper labels with digital ones and they can update pricing information on the fly via wireless internet access.

Digital shelf labels now account for around 12% of E Inks total revenue stream. The bulk of their cash flow continues to derive from EPD technology that power the e-readers from companies such as Amazon, Barnes and Noble, Kobo and many independent vendors.