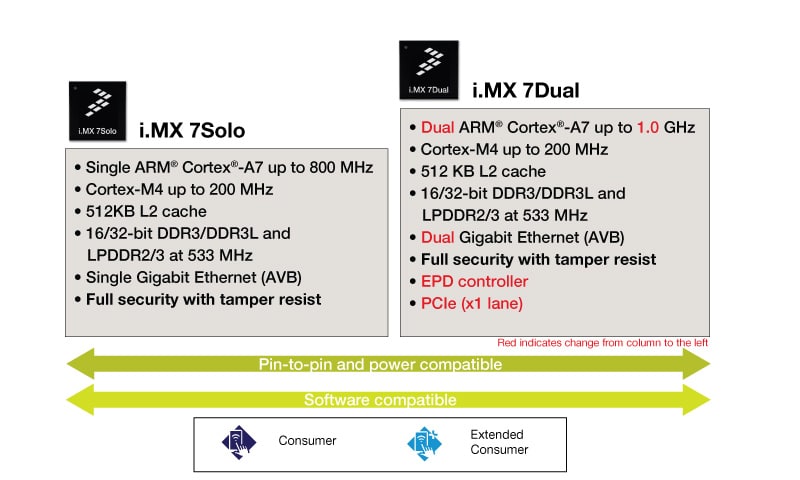 Last summer Freescale announced IMX 7, a new dual core processor for e-readers. Mass production on these new chips was supposed to occur in November/December of 2015, but there were supply chain complications. Freescale has confirmed with Good e-Reader that production will begin sometime in Q2 2016.

I have heard that there are numerous companies currently testing the IMX 7 processor for e-readers.  The majority of them will likely be lower end devices, with an affordable price tag. One of the huge benefits of this new SoC is that it has better battery life management, so companies can use smaller batteries and save money.

IMX 7 on e-readers will be a game changer when companies have enough time to optimize their software. Hardware dithering will increase the performance of Android apps because it will be able to render animated page turns. I surmise that one of the big trends of 2016 will be companies gravitating away from Linux and embracing Android.