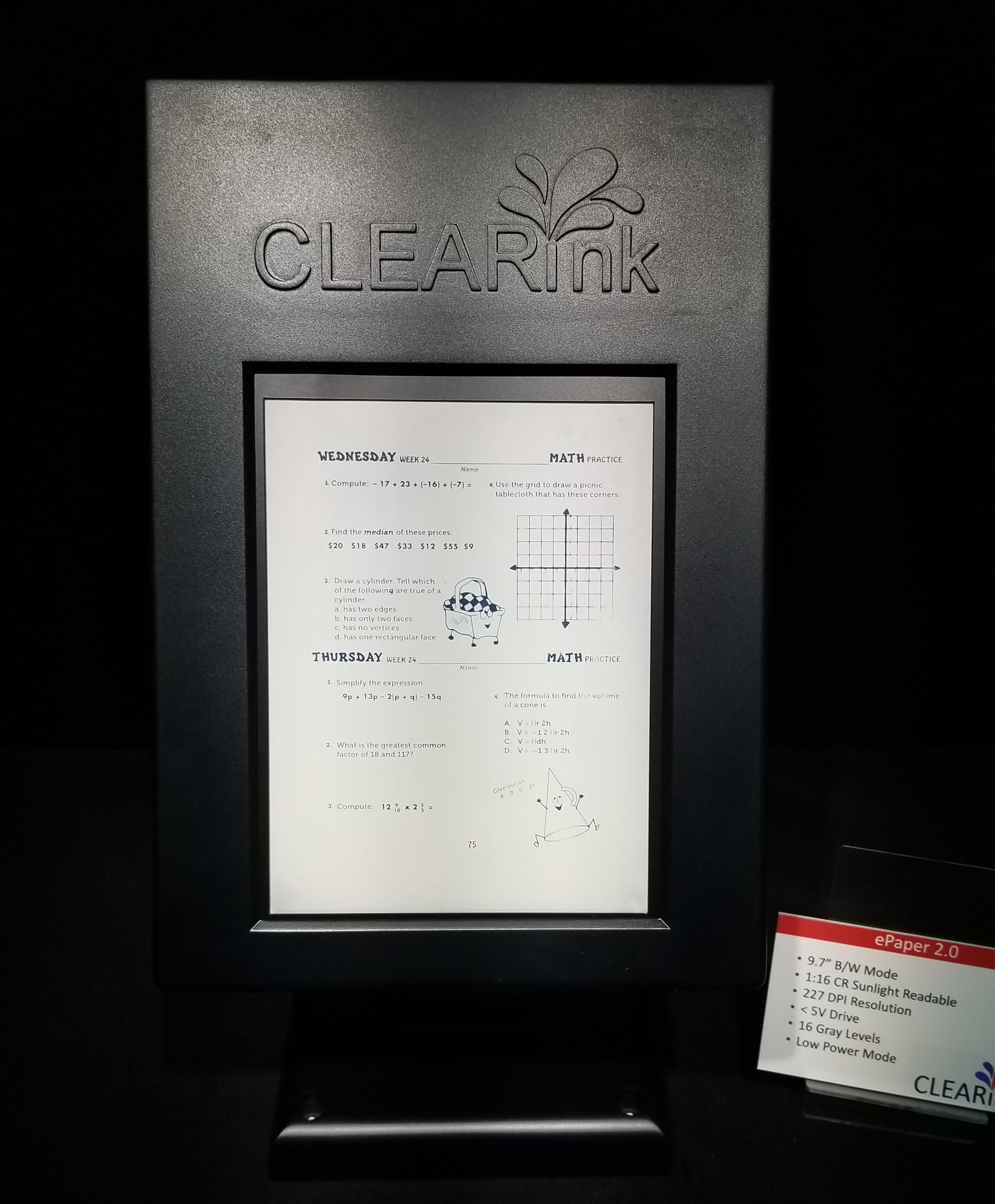 Clearink recently unveiled their Color E-paper 2.0 at SID Display Week and Good e-reader gave you a first look at what this innovative technology brought to the table. Clearink has just given us permission to give you a sense on how the front-light system works and how it looks playing complex animations in full color.

Clearink told Good e-Reader that “The current demo has 2 LEDs – the nice thing about our front plane technology is that we can also tune the front light to uniquely suit the display and make it more efficient that most other technologies which scatter light.”

My sense from seeing this technology is that the front-lit display is vibrantly white and you get the same type of experience as the lighting system found on the Kindle Paperwhite 4 or Kobo Forma. Although Clearink has yet to develop a color temperature system, their new LED lights are amazing.