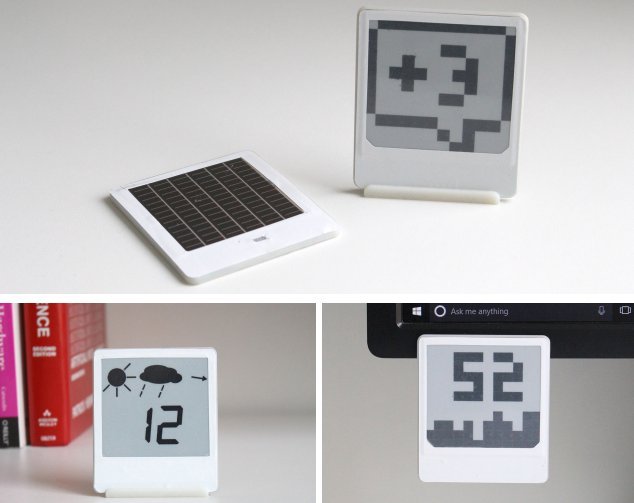 Microsoft has developed new piece of E-Ink technology that will allow you to take notes on the equivalent of a sticky note. You never have to charge it because it draws ambient power from the sun.

The “energy-harvesting situated display” uses Bluetooth Low Energy so you can connect it up to your computer, tablet or smartphone. The prototype features a small compact case with a sticky back, allowing you to adhere the ePaper screen to your desk, monitor, or any other place you might want to post a reminder.

The device is still in the research stage, so it’s unclear whether it would be economically viable as a consumer product or have environmental benefits.