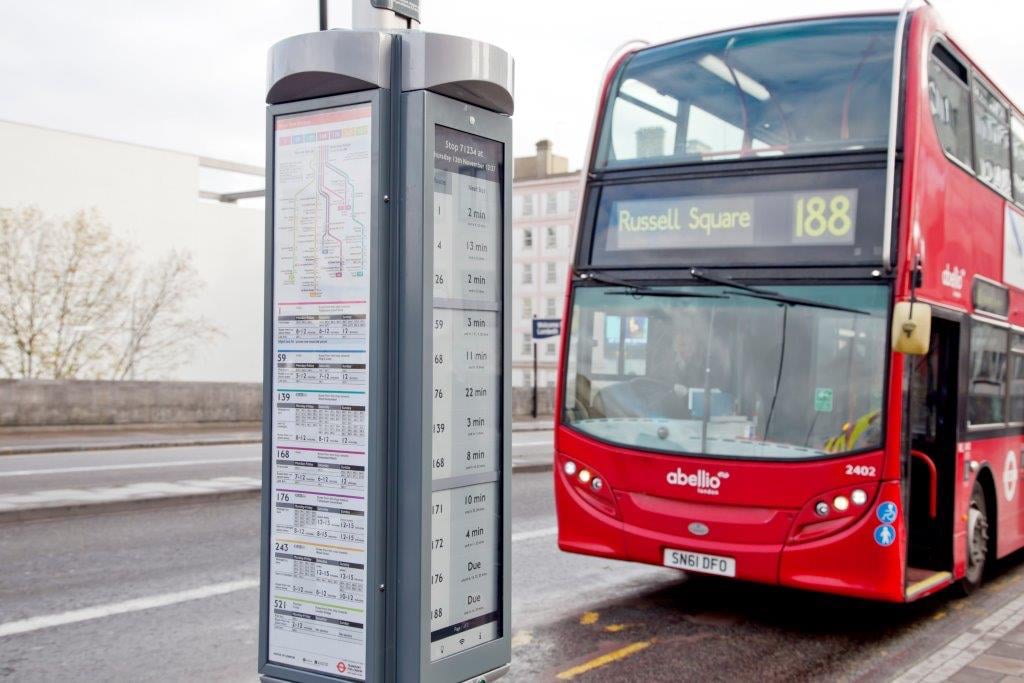 E-Ink is best known for the e-paper that powers your Amazon Kindle or Barnes and Noble Nook, but the company has been focusing on digital signage for the past few years. This segment now accounts for close to 25% of their entire revenue stream and they have now partnered with the city of London for a trial with the transport authority. A series of new signs have been developed that give you the bus schedules and provide real-time information if a particular bus will be late.

The benefits of these signs is that they are dynamic and all of the information is updated via 3G. The signs are also readable in direct sunlight and they also incorporate back lite technology, so the screens are illuminated at night.

The e-Ink bus sign is only available in one location, near Waterloo Bridge, although the plan is to introduce a further three in Parliament Square, Piccadilly Circus and Sloane Square next month.

This is not the first time that e Ink has partnered with a city. In the June they partnered with the Australian Road and Maritime Services for series of e-paper traffic signs on Sydney roads. They provided critical information on road closures or when repairs were being done so people could slow down.