You are here: Home / E-Ink, Clearink, Plastic Logic and E-paper News / Would you buy an E Ink License Plate? 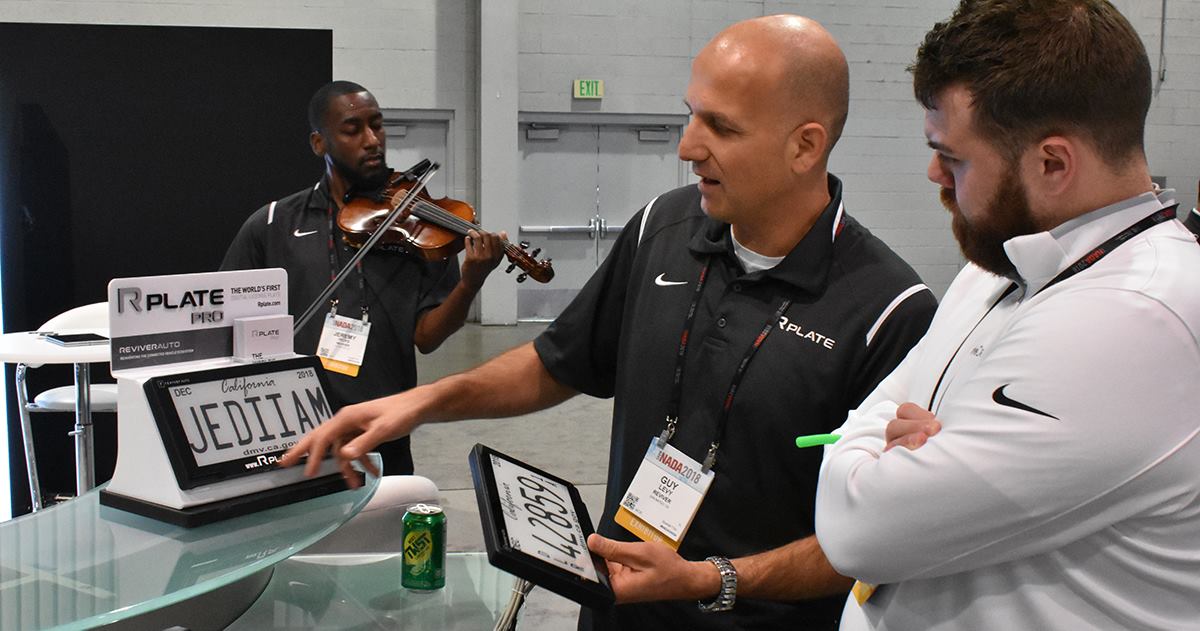 E Ink has just reported for the first time in the past two years they had an overall loss of $8.79 million.  This was primarily attributed to their investment in SES-imagotag, which cost $30.54 million.  E Ink needed to have a majority stake in that company because they are the largest entity in e ink price tags, which are a small but growing segment for e-paper. Nearly 70% of the company’s total revenue last year came from e-paper displays used in e-readers.

One of the most interesting things of the E Ink earnings call was that they are going to focus on digital license plates with their e-paper technology.  Last year the first-ever, interactive digital license plate, the so-called rPlate debuted at the North American International Auto Show. The rPlate, developed by Reviver  consists of a 6″ x 12″ (15cm x 30cm) monochrome, bistable display reportedly sourced from Advantech. These dimensions are the same as typical U.S. license plates. The device contains the capability for wireless connectivity, a battery, a processor, a GPS, an accelerometer, RF sensors, storage and CAN bus access. (CAN bus or “Controller Area Network is a robust vehicle bus standard designed to allow microcontrollers and devices to communicate with each other in applications without a host computer.”) The license plate has an anti-reflective cover sheet. The company claims that the device is legible in and built to withstand all weather conditions.

Reviver is the first company to actually commercially release an E Ink license plate and it is available now for $699, plus a $7 monthly fee for the service. It remains to be seen if other companies will enter the digital license plate arena, much like they did for luggage tags and digital signage.