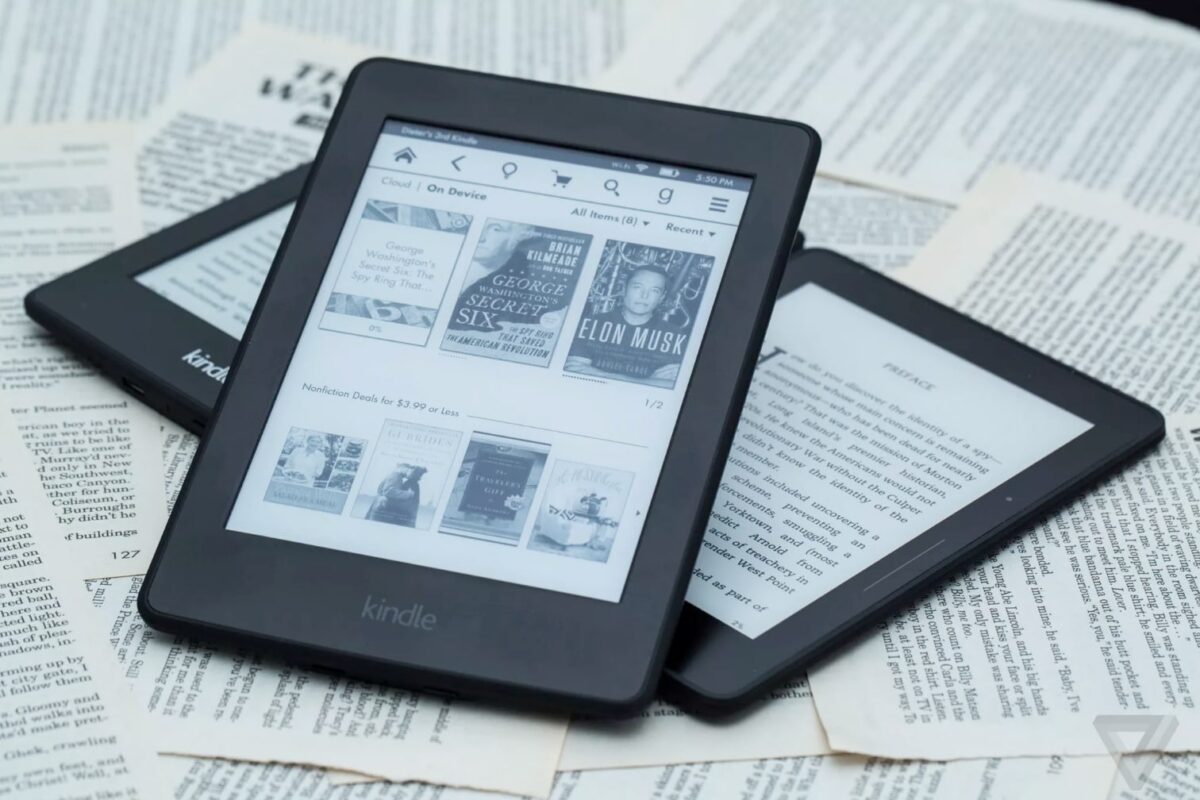 Amazon has doubled the internal storage on the entry level Kindle e-reader from 4GB to 8GB. This is great news for people who were facing memory constraints when downloading audiobooks or having a large ebook collection. Currently, the the 8GB e-reader is only available for customers in the United States and not in other markets.

Earlier this year, Amazon was sending out the 8GB units to various users in the United States, although some customers were also getting the 4GB model. It was thought at the time, that there was an error during the manufacturing processing and more storage was was added by mistake. It looks like Amazon is now really serious about giving their lowest tier and most affordable Kindle extra storage.

These days 4GB is not enough storage for most orders. Digital books are gradually increasing in size, due to books becoming longer and cover art having higher resolution. Audiobooks is likely one of the biggest reasons, since you can buy audiobooks from Audible in the US, and the average download ranges from 200MB to 700MB. This means on the 4GB model, if you download 4-5 audiobooks, you are already hitting the upper limits. Not to mention some people load in PDF files and game materials to their Kindle.