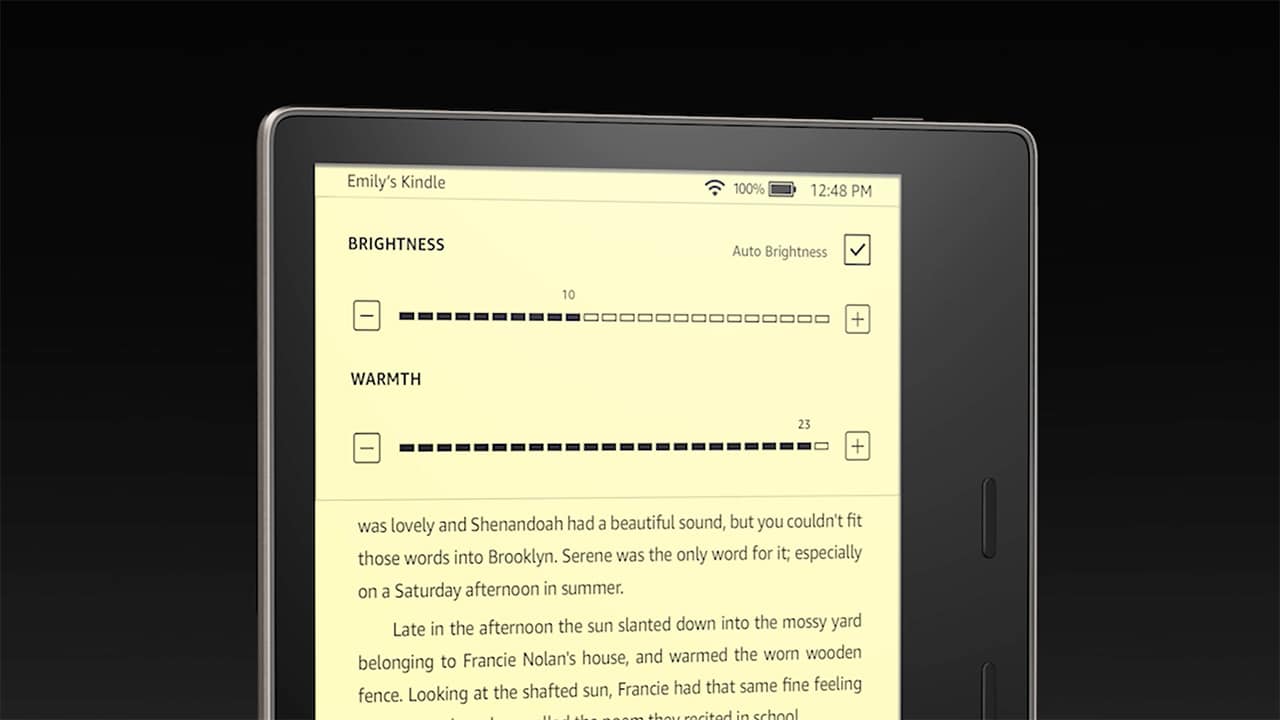 Amazon has just announced the third generation Kindle Oasis and it has a new color temperature system that will mute the bright front-lit display, into various degrees of orange. Last year Good e-Reader reported that Amazon was working on this next gen lighting system and it was supposed to be employed by the Kindle Paperwhite 4, but it was not ready yet. This is the first Kindle product to have both a front-lit display and color temperature system.

The Kindle Oasis 3 features a 7 inch E Ink Carta HD capacitive touchscreen display with a resolution of 1680 x 1264 and 300 PPI. So What exactly is a color temperature system? It has been employed for years on Barnes and Noble and Kobo e-readers. The standard front-lit display has white LED lights on the bottom or top of the bezel and project light evenly across the screen. When you are reading at night, this light can be bright, even on the lower settings. A color temperature system adds orange LED lights beside the white LED lights. This will allow you to use both LEDS at the same time and it helps diffuse the white light with various degrees of orange. The front-lit display and color system can both be controlled by slider bars in the quick settings menu, or can automatically be adjusted based on the time of day via the ambient light sensor. The new Oasis has 25 LED lights total, 12 white and 13 amber.

There is a software feature that also makes the Oasis easier to read. You can make the background black and the text white, instead of having a white background and black text. Not all Kindles have this feature, but it is something that the Oasis has had for awhile.

Underneath the hood is a Freescale/NXP IMX7 dual core 1 GHZ processor, 512 MB of RAM. It has two buttons on the right side of the screen, that are able to turn the pages of an ebook, forward or back. It has two different storage configurations that are available. The 8GB version will retail for $249 and the 32GB variant will cost $279. There are also two different colors to choose from – Graphite or Champagne Gold. The Oasis weighs 188g, so it is lighter than the Kobo Forma which is 197g. It is powered by a 1130 mAh battery, which is a bit larger than the 1000 mAh found on the previous generation Oasis. 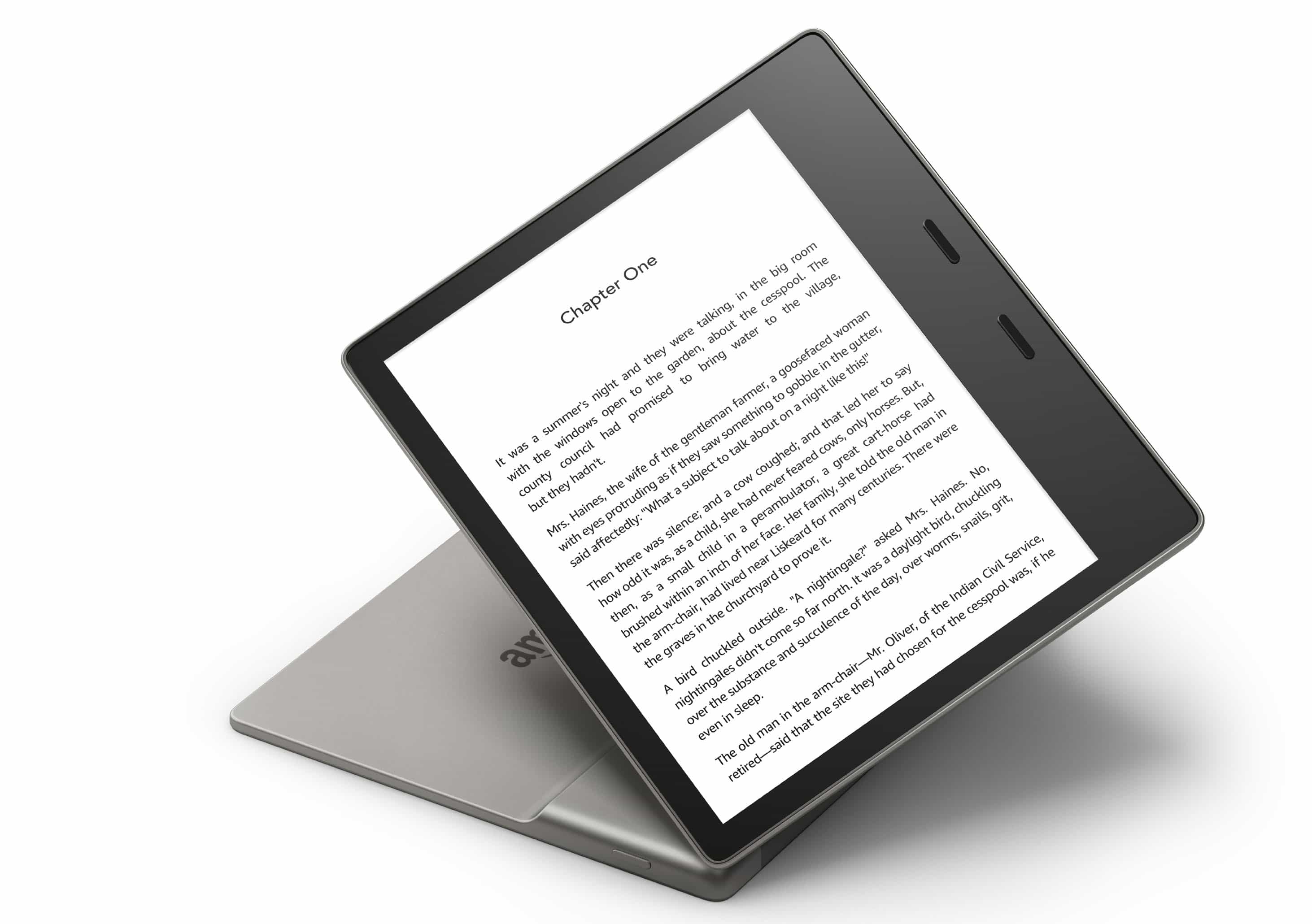 The Kindle Oasis is designed to withstand accidental drops and splashes, whether you’re reading in the bathtub, hot tub, or pool. It is IPX8 rated to protect against immersion in up to two meters of freshwater for up to 60 minutes.

One of the big selling points of the Kindle Oasis is the Audible integration. This only works in a few markets right now, but you can connect up a pair of Bluetooth headphones or an external speaker and listen to your existing Audible audiobooks. Additional audiobooks can be purchased directly from the audiobooks section in the Kindle store.

When you purchase either model of the new Kindle Oasis, there will be a complimentary six month access to Kindle Unlimited. This subscription platform will cost $9.99 per month after the trial period and has access to have one million ebooks, including popular books like Life of Pi by Yann Martel, Divergent by Veronica Roth, Elon Musk, by Ashlee Vance, and My Sister’s Keeper: A Novel, by Jodi Picoult.

update: The Kindle Oasis 3 8GB and 32GB  is available for pre-order on Amazon and it will start shipping out on July 24th 2019. If you live in a country that does not have the Oasis 3 in stock, you can order it from Good e-Reader. The 8GB and 32GB variants are available and they do not come with Special Offers, which means no advertising.