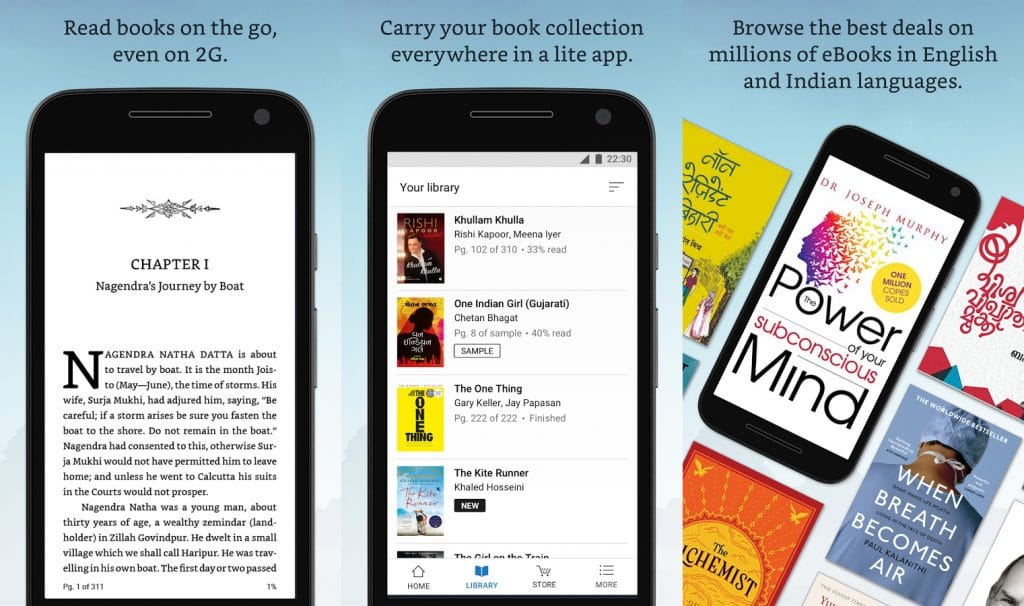 Amazon has officially released a lightweight e-reading app called Kindle Lite. It is only 2MB in size and is designed for Android Go. Basically Go is a stripped-down version of Android designed to run on entry-level smartphones. It’s comprised of three optimized areas — the operating system, Google Play Store, and Google apps — which have been reimagined to provide a better experience on lesser hardware.

Kindle Lite offers a similar set of features as the Kindle app, including the ability to sync your progress across devices with Whispersync, personalised recommendations, night mode, navigating through the table of contents, and changing font sizes.  One of the ways Lite provides an advance for markets with spotty cellular access or 2G networks is that you can read books while you are downloading them. This is useful if you have a large collection sitting in the cloud or if you just purchased a new title and want to read it right away.

Lite is primarily being marketed in India and has been in a private beta since November. In order to draw attention to the official launch of the app, Amazon is offering new users an 80% cashback to those picking up their first ebook from within the app, provided you pay using Amazon Pay. Lite is available worldwide and does not have any device restrictions. The app is available in India via Google Play and everywhere else via the Good e-Reader App Store.