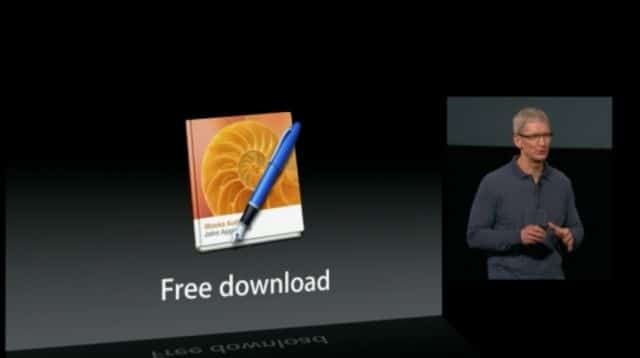 During the Apple event today, the company really hyped how prevalent its line of iPads and eTextbooks are in the classroom. Over 2,500 schools in the US use iBooks textbooks, which are now available for 80% of the US core curriculum. The new version of iBooks is adopting a worldwide approach with over 40 different languages now supported and is expanding to many more markets. There is new support for Facebook and Twitter to share your favorite passages and a new feature called “continuous scrolling.”

iBooks Author is mainly used to create fully featured eTextbooks with strong media elements. The update today brings the ability to insert complex mathematical equations and more fonts than ever before. For the designer in all of us, there are plenty of new themes.