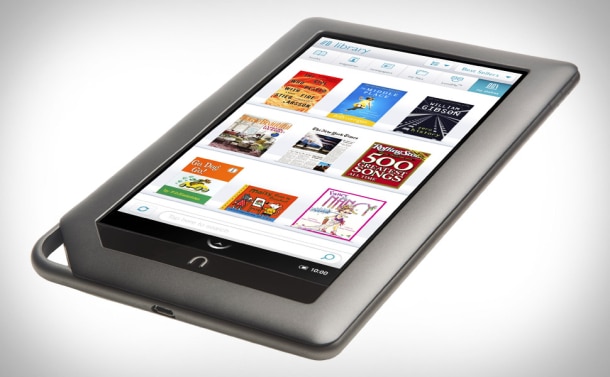 Barnes and Noble has been making tablets since 2010 and they developed their own app store in order to provide an avenue for customers to download and install free and paid apps. Their app store was fairly feeble and developers needed to employ a complicated SDK in order to list their apps, this is why most mainstream apps like Instagram and Snapchat were never available. In 2013 Barnes and Noble signed an agreement with Google, to get the Play Store running on all of their current and future tablets. The inclusion of Google gave people access to over a million apps. Due to the sheer amount of people enamored with Google, Barnes and Noble has announced they are closing the Nook App Store on March 15th, 2016.

Effective March 15, 2016, Barnes and Noble will no longer offer third party applications from the Nook Store. All of your existing Apps previously downloaded from the NOOK Store will remain in your Nook Library and will continue to be accessible on compatible Nook devices. This means that you will still be able to download and install previously purchased Apps from the cloud.

The closure of the app store will effect every single tablet Barnes and Noble has ever made. This includes the Nook Color, Nook Tablet, Nook HD, Nook HD+ and all of the Samsung for Nook branded devices. Barnes and Noble is encouraging everyone to gravitate to Google Play or a 3rd party app store.

Barnes and Noble has admitted that the closure of the app store is going to allow them to to concentrate their focus and efforts on their core digital content business, which are Books and Newsstand.