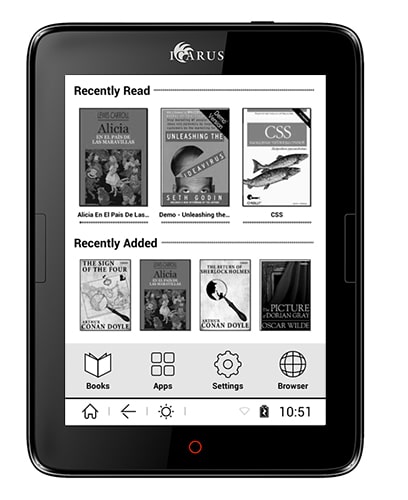 We are giving away a free e-reader every week on our YouTube channel. Today we have announced a brand new contest, a Icarus Illumina E654BK. This model has Google Play to download apps and you will also be able to read at night via the front light.

The Icarus Illumina E654BK features a six inch capacitive touchscreen display with a resolution of 1024 x 768 and unfortunately it doesn’t have a 300 PPI screen. Underneath the hood is a 1GHz dual-core processor, 512 MB of RAM, 8 GB of internal memory and a microSD card slot.

In order to enter this contest all you need to do is Subscribe to our YouTube Channel. If you are an existing subscriber, simply just follow us on Twitter or Facebook. Once you have done one or all of those things drop a comment on the video. We give away e-readers all the time and even pay for the shipping.